Is Official Injury Claim turning back the clock?

A guest post by Tony Guise, director of DisputesEfiling.com and a past president of the London Solicitors Litigation Association 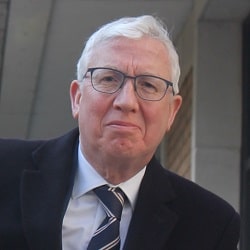 Guise: The build has proceeded back to front

The TUC’s Congress Centre on 2 March was the setting for a progress update about the new, online platform enabling litigants in person (LiPs) to conduct low-value personal injury claims arising from road traffic accidents.

Hosted by the Ministry of Justice (MoJ), working with its delivery partner – the Motor Insurers’ Bureau (MIB), the event updated about 150 delegates with news of progress toward launching the Official Injury Claim Service (OICS) due to take effect for accidents occurring on or after 1 August, having been delayed from 6 April.

You will have read what came out of the event on Legal Futures. From the demo we were given the platform is looking good: intuitive and simple to navigate. However, scrape away the surface of the PowerPoint slides and, despite all the time and money insurers have lavished on building the OICS, there remain serious reservations about its readiness and whether it will be fit for purpose.

The Civil Procedure Rule Committee (CPRC) has not yet promulgated the relevant amendments to the CPR nor published (let alone, I strongly suspect, drafted) the pre-action protocol relevant to the OICS.

In short, the build has proceeded back to front, putting the cart before the horse; other aphorisms also come to mind. This presents a series of problems about which I have been warning for some time. Not least of which is the presumption that the CPRC, led by the Master of the Rolls, will tamely create rules to fit the design.

Certainly it appears the CPRC is not rushing to prepare such rules. Some reasons for their hesitation are suggested below.

Along with the decision to delay implementation of the system until August came the announcement that alternative dispute resolution (ADR) was now no longer part of it. This has been widely condemned.

Richard Hutchinson, head of the whiplash reform programme at the MoJ, told the event that the reasons were not so much to do with technical issues around marrying ADR to an online platform nor the fact that there are not enough mediators – both Turkey and Greece have introduced compulsory mediation and have trained enough mediators. Delivering enough mediators is not beyond our mediation profession.

The real issue, Mr Hutchinson explained, was the fact that article 6 of the European Convention on Human Rights required that represented litigants have access to ADR as well, and the sheer volume of cases that were likely to go to ADR made the system potentially unworkable.

So, “ministers have decided access to justice can be provided just as well as ADR by using a bespoke, paper-based process”. Mr Hutchinson struck me, and others present, as a man tasked with the thirteenth labour of Hercules: deliver the OICS.

These developments are worth reflection, which the delay until August provides time for. As the Lord Chief Justice said in his opening remarks to his annual press conference last month (about other, equally eagerly anticipated, reforms): “A period of calm reflection on various aspects of the constitutional arrangements in the United Kingdom is called for.”

To omit online ADR files in the face of the flow of civil justice reform of which the government is, or was, until this decision, in the vanguard:

It is as if the government has decided that, with civil justice reform, despite trumpeting a radical agenda, it will engage reverse without looking in the mirror and with no clear policy, except straining to accommodate a rapid policy reversal.