Is merger the only option? 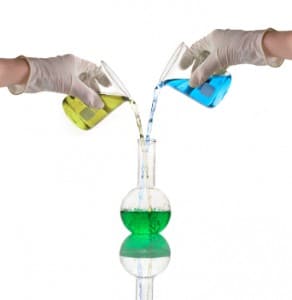 A good mix: getting merger right is difficult

A recent BDO survey suggested that 60% of all law firms expect to have merger talks in the next three years, 30% of these in the next 12 months, with more than a third actually expect to merge within three years.

Perhaps this is not entirely surprising given the state of the economy, clients demanding more for less, increasing competition from new ABS entrants, the fact that the average age of a male partner is reckoned to be 58, and that most law firms have not given serious thought to succession let alone put any detailed succession plans in place.

The recent flurry of merger activity suggests a merger is the default option for law firms when times are tough but – is a merger a practical or even a viable solution?

Looking at the situation dispassionately, who in a successful firm would want to take on a poorly performing, poorly managed firm’s debts and baggage? And if neither firm is successful, then how can two failing firms add up to one profitable business?

Integrating two firms with their own ingrained attitudes, compliance procedures, approach to ‘lock-up’, premises, IT systems and all the inherent cultural problems is a huge challenge at the best of times, but if there are serious financial issues, and partners are not prepared to manage the process and take some very tough decisions, then the enterprise is doomed from the start.

It could, of course, be argued that many firms, especially small firms, would not now be considering the need to merge their firm but for better decision-making and management in the past. So why should a merger change such traits?

There is evidence to show that firms rarely achieve the infrastructure savings and increased productivity that a merger might seem to offer. At Legal Mentors, we have often visited firms with long names, the result of the merger of two firms which has achieved no real integration, client-sharing, cost reduction or common systems or identity – it’s still ‘them and us’. In fact, the result is that they still bear the burden of most of the costs the firms had before, enjoy little of the desired extra revenues, communication remains poor and internecine disputes between the rumps of the former firms are common.

Make no mistake, a merger is hard work. It requires total commitment and should only be considered after much soul searching and very careful analysis, and then only if you are prepared to commit huge amounts of non-fee-earning time both before and after the event.

Critically, partners must be prepared to confront issues and implement drastic change and cost saving, often involving staff who have been employed for a long time, if a merger is to have any real chance to succeed.

As a law firm owner who had only very recently merged said: “We did a lot of pre-planning but in reality this only represented 25% of what we have had to do and commit to since the merger happened. We just did not realise what was really involved.”

Proof of the often malign effects of merger is the fact that Legal Mentors managing director Ray Gordon, when running Bells Potter – at one time the largest practice in Surrey – actually de-merged, which resulted in a startling increase in profitability.

Let us not forget that people do business with people. Clients continue to see their solicitor as their ‘trusted adviser’ and prefer to deal face-to-face. A merger has to make sense and, most importantly, be attractive to clients and prospective clients or they will go elsewhere.

So, if you are feeling that the challenges of the new legal services market are beginning to have an effect on your firm and you need to take action, what can you do besides merger?

Here are four suggestions for saving your business:

Downsize: retain the profitable parts of the organisation and do away with the rest.

Go niche: focus on a specialist area of law where you have expertise and fee income.

Fresh start: hive off a profitable team or department into its own separate company giving it its own identity, location, marketing, sales, motivation systems, modern IT, low overheads and outstanding client service. This is what we at face2facesolicitors call a ‘speedboat’. It can prove to be a lifesaver for a struggling practice, a blueprint for change without the baggage, and cost less than you might think.