Is it time to split the Law Society and the SRA? 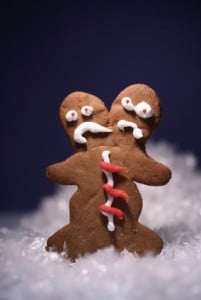 Joined at the hip: many see complete independence for the SRA as inevitable

We may be in an era of outcomes-focused regulation, but nobody thought to tell those who drew up the deal between the Law Society and Solicitors Regulation Authority (SRA) over their governance arrangements.

It goes into exhaustive detail about what exactly should go into the SRA’s annual report to the Law Society council (how many sections, what their titles should be, what should be in each one and so on) as well as the quarterly reports to the new business and oversight board which will be tasked with keeping a beady eye on the SRA and divvying up shared services. Such is the level of trust between the two bodies.

Though both sides are proclaiming themselves satisfied with the deal – which it is hoped will bring to an end years of wrangling – to me it is further evidence that the arrangement by which the SRA is both independent and yet part of the Law Society is unlikely to stand the test of time.

There are various reasons we need to have these elaborate oversight and reporting mechanisms between an ‘independent’ regulator and what is essentially the representative side of the Law Society. The main one is simply that it is the Law Society named in the Legal Services Act 2007 as the approved regulator of solicitors. This in turn came about because Sir David Clementi wanted to keep the legal profession on board as he pursued his reform agenda.

It is a running sore at the SRA that it is not the ‘official’ regulator – complicating the relationship with the Legal Services Board, for one thing. It also means that the Law Society council – as the body ultimately responsible for the regulation of solicitors – needs to satisfy itself that the SRA board is carrying out its duties properly. The oversight protocol agreed last week says: “In exceptional circumstances, the oversight information provided to council could be used to enable council to decide whether or not its intervention is required to either change the SRA board, or to redesign the regulatory arrangements.”

Do we really want what is 99% of the time a representative body to have this power, however unlikely it is to be used irresponsibly? Is it appropriate that a body of solicitors should still ultimately control the profession’s regulation? On a more practical level, is the Law Society up to the job anyway?

The tensions came to the fore during the negotiations over the SRA’s application to become an ABS licensing authority (prompted in part by some very senior council members being opposed to ABSs). SRA chairman Charles Plant was candid about the problems at April’s Legal Futures Conference, when he talked about how the fight “produced… a significant divergence of view as to what the Law Society as the approved regulator may properly seek to do”. That’s diplomatic speak for blood on the floor.

As I have blogged before, the further away you get from the Clementi compromise, the messier it looks. What is the meaningful justification nowadays for the SRA being part of the Law Society? What benefits do the public interest and/or the profession gain from the arrangement? Until now it has simply meant years of arguing and bad feeling – and, ironically, non-compliance with the Legal Services Board’s internal governance rules, which are meant to guarantee the SRA’s independence.

The board could and should have done more to knock heads together – I have not been impressed by how quiet it seems to be on this issue, letting deadlines drift and non-compliance linger. I’m sure they’ll point out work they’ve been doing behind the scenes and urge people to look at the bigger picture of what is being achieved, but to me the board has appeared to stand off too much.

The main beneficiary of the Clementi compromise, so far as I can see, is the Law Society, whose continuing relevance it assures by making Chancery Lane more than ‘just’ a trade union.

Of course, it is not just at the Law Society where regulation and representation is split, but it is obviously the biggest and by far the most contentious. The problem at the Bar Council/Bar Standards Board is arguably at the other end of the spectrum in that they appear too cosy.

The terms of the Legal Services Act mean this situation is likely to endure for some time yet. I hesitate to say that we’re making the best of a bad job, because I’m not sure we are to judge by the details of the agreement struck last week. But I am not alone in seeing complete separation and independence of regulators as the clear direction of travel.