Is 6 October as ABS day under threat? 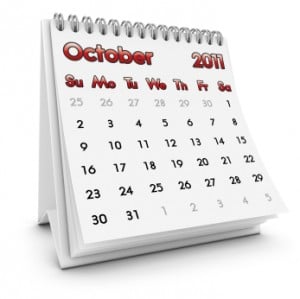 ABS day: delay would be weeks, not months

It’s always a dilemma as to when to go into print with rumour that nobody will confirm on the record but this is too important not to, especially as I’ve been asking around on it and so am not just relying on one source. But I should stress that it remains a rumour.

Will the Ministry of Justice and Legal Services Board be able to conclude all the work needed for alternative business structures to come into being on 6 October? There are apparently 20+ statutory instruments (SIs) that have to go through Parliament to enact everything that needs to be in place for ABSs to go live, and the clock is ticking.

As ever with these things, getting parliamentary time is the key issue and I’ve had it suggested to me – on very good authority – that there is little slack and slippage is likely. One person was prepared to put money on it.

The board is doing much of the grunt work in drafting the SIs and has given me this statement: “Whilst of course implementation depends on there being parliamentary time available, we’re making good progress on drafting the SIs most have already been drafted and consulted on. We’re working closely with MoJ to finalise them and meet the 6 October date we identified.” This isn’t a definitive promise, of course, but then parliamentary time is not within their gift.

We’re not talking about months and months of delay, more like weeks, but having hung their hat on 6 October, it would be embarrassing for the LSB and MoJ not to deliver it – especially as the Solicitors Regulation Authority has put in a Herculean effort to get itself and the new Solicitors Handbook ready in time.

As I understand it, the end of 2012 was the original date to which the SRA was working, but Charles Plant, when he became SRA chairman, pushed to bring it forward – it’s probably the City lawyer in him who thinks work gets done best up against a tight deadline.

It would also be an inconvenience for those who are planning to be in the first wave of ABSs. At a lunch for journalists held yesterday, the SRA played a bat whose straightness would have Geoff Boycott purring, refusing to be drawn on what kind of firms and businesses had been talking to them about becoming ABSs. They did say there is no sign of a deluge on 6 October, which is no great surprise. But undoubtedly there are some firms who are waiting for 6 October (or 6 August, the date from which they will be able to apply to the SRA for an ABS licence) to open up, go public and get a first mover’s advantage.

Our revelation this week that the Solicitor Sole Practitioners Group is bidding to derail or at least slow down the Law Society’s decision to approve the SRA’s application to become an ABS regulator could end up doing everyone a favour. If the SRA is not ready to regulate on 6 October (although the Council for Licensed Conveyancers will be), then a delay in ABS day would be more palatable all round.