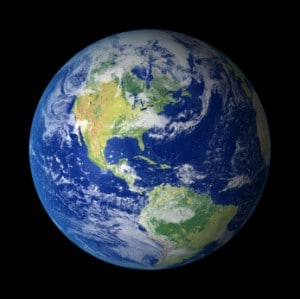 Global influence: India is drawing heavily on the LSB model

This is a blog I didn’t expect to write. We all know the independence of the legal profession from government is robust, right?

In the summer I was speaking to Carolyn Lamm, the then president of the American Bar Association, about alternative business structures. When I asked if we had covered all of her concerns, she surprised me by raising the independence issue.

She highlighted worries over the fact that a government body – which is how the Legal Services Board (LSB) is seen – has such power over the legal profession. “Part of the issues we’re analysing is whether lawyers can truly maintain their independence and objectivity where there’s this kind of oversight board,” she said.

Such concerns have not been part of the conversation over here for some years. The fact is that even before the LSB, the government played a significant role in the oversight of lawyers; in fact, the Lord Chancellor had much more direct involvement than he does now. It is worth remembering that at heart the LSB represents the consolidation of oversight roles previously held by a range of others. It was more a case of co-regulation than true self-regulation.

But suddenly the issue is back on the agenda thanks to the intervention of Dr Dianne Hayter, chairwoman of the Legal Services Consumer Panel (see story). She noted that when the Legal Services Bill was going through Parliament, lawyers and consumer groups were both talking about independence but in very different ways. While lawyers were lobbying over the LSB’s and by extension the profession’s independence from government, she said consumer groups had taken this for granted and focused instead on the independence of regulation from the profession. Implicit in this observation was a recognition that you actually cannot take such things for granted.

Of the three issues around independence that she raised, merging the consumer panel into Citizens Advice is the narrowest – that is more about independence of the consumer perspective from a provider of legal advice, than from government.

Closing the LSB, panel and Legal Ombudsman’s websites – aside from making little sense given that the government does not pay for them – is more about symbolism that any fundamental attack on independence, although it would seem especially odd for an independent ombudsman to have a ‘.gov’ web address. But the symbolism is important, not least on the international stage, where the likes of Ms Lamm have genuine concerns, while others use the pretext of a lack of independence of the English and Welsh profession as a way to keep City law firms out of their jurisdictions.

Dr Hayter (or Baroness Hayter as she is known away from the legal world) was most exercised by the quango-busting Public Bodies Bill and the potential for ministers to bring the LSB within the legislation’s remit by affirmative resolution. (It is worth noting that by convention the House of Lords does not vote against such orders.)

I strongly suspect that in all three of these instances, the legal world has been caught up in the much wider debates around reducing the number of quangos and government websites, and those making the decisions have not considered the particular issues here. No doubt there is special pleading going on across Whitehall, but there is surely a strong case to exempt the LSB from these changes.

Nobody seriously expects the current political establishment to use these tools to attack the independence of the legal profession but that, of course, is not the point. The machinery should not be there even to raise the possibility – and let us not forget the influence the UK has around the legal world, and the Commonwealth in particular, including countries where democracy is less robust.

Just yesterday I read that the Indian government is planning to create a super-regulator modelled on the LSB, as well as a legal ombudsman to deal with complaints. A quick glance at the snappily named draft Legal Practitioners (Regulations and Maintenance of Standards in Professions, Protecting the Interest of Clients and Promoting the Rule of Law) Act 2010 shows that it has drawn heavily on the Legal Services Act 2007.

There is one final point worth noting. The Bar conference started with a strong warning by the Master of the Rolls, Lord Neuberger, against the needs of consumers overwhelming the broader public interest and rule of law. But it took the legal consumer’s champion to highlight the threats to the independence of the profession (certainly I know the websites issue has been around for some weeks but nobody has wanted to speak out on it until now). And in doing so, Dr Hayter also makes the case for retaining the consumer panel that much stronger.