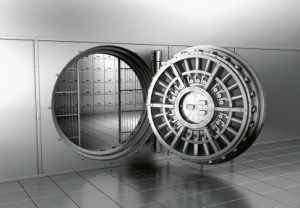 The idea that the government might tell all solicitors that they must put client account money in one, specified bank is unlikely to go down well with the profession. Though the Conservatives’ plan to harvest the interest from bringing it all together to boost the legal aid fund (see story) includes a guarantee that clients and solicitors will not lose out on the interest they currently earn, it is bound to make people nervous.

Even at the current low interest rates, the amount of money the profession has collectively on deposit every night would surely generate serious amounts of cash. The Tories are not the first people to have their eyes on client account interest. It has often been talked about in pro bono circles, but the difficulty of selling the idea to solicitors has always stopped it becoming more than talk. That has not prevented individual firms taking such an initiative, of course, as magic circle firm Allen & Overy did back in 2005, giving the extra interest it earned from pooling client money to the London Legal Support Trust.

It is fair enough that solicitors are compensated for effectively offering clients free banking services, but do they earn more than is justified by this? The further worry is that more than a few firms rely on client account interest to keep afloat – or at least they did before interest rates went through the floor. Even firms which do not rely on interest to this extent can find they earn more from it than from any individual client.

In an ideal world, client account would not exist. No accounts rules and no opportunity for financial fraud would mean you could slash the size of both the Solicitors Regulation Authority and the practising certificate fee, and close the compensation fund entirely. Of course, that will not happen, but might it be that this new scheme would make it harder to attempt fraud, or at least discourage solicitors from doing it? At least there would be no opportunity to put client money with Icelandic banks.

The logistics of implementing the Tory plan look fearsome, even if smaller firms are exempted as has been suggested, but there is no reason not to investigate it. As Henry Bellingham says, clearly in the current economic climate there is no prospect of new public money for legal aid, so they need to be more creative in finding alternatives. Other ideas such as the conditional legal aid fund, a hoary old chestnut that has been around for decades, are also back on the agenda.

Client account is, in some ways, a subject that dare not speak its name. Law Society plans to review it several years ago never came to fruition, while back in 2006, then SRA board chairman Peter Williamson told me that “it seems to me that in this day and age, with the modern banking techniques we have, it is worth looking at whether it is necessary to keep as much money in client accounts as is held now”. He described it then as being on the SRA’s medium-term agenda, but it has not yet been addressed, at least publicly.

But if Dominic Grieve and Henry Bellingham are making themselves comfortable at the Ministry of Justice come 7 May, that could quickly change.