How to make complaints 'naming and shaming' fair 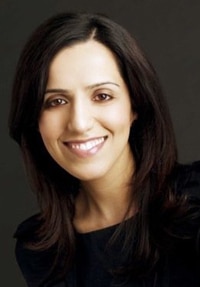 Raj Tutt of Legal Futures Associate Resolve Consultancy argues that while the decision to ‘name and shame’ lawyers over complaints cannot be changed, there is the opportunity to influence the type of information that is published so that it is fair to firms that genuinely try to deal with unhappy clients

After extensive consultation, the Legal Ombudsman’s (LeO) decision to publish complaints was confirmed in November 2011. LeO is now considering how it will implement the policy of naming lawyers who have been subject to a formal decision.

As an independent complaints handler, I am called upon by solicitors who have received complaints and who wish to obtain an objective view. Whilst the majority of complaints are resolved in-house, it is inevitable that some matters will escalate to LeO. Clients want their solicitor to face ‘the full force of the law’, so to speak, regardless of any reasonable offers that are put forward to resolve the complaint.

In these instances, it is unfair on the solicitor who makes all reasonable endeavours to resolve the complaint under the first tier of their complaints procedure. From April 2012, this solicitor and others who are found at formal decision stage to have provided an adequate service, will be placed in the same category as those solicitors who take no active steps at all to address clients’ genuine concerns.

Whilst it is accepted that in some instances, naming and shaming is both necessary and valuable to preserve the integrity of the legal profession, publishing details of all complaints resolved by an ombudsman’s decision could be detrimental to the solicitor and at the same time misleading to the public.

I have seen instances where solicitors have tried to resolve complaints internally but clients have insisted on an ombudsman decision. In one particular case, at the very outset of the complaint the solicitor made an offer that was completely in line with the final ombudsman decision. Due to the customer’s insistence, the matter was prolonged. The solicitor was required to deal with LeO’s investigation and invested significant time and cost in dealing with the matter, which four months later was resolved on the same terms as initially offered.

From April 2012, there is the added sting in the tail that, aside from the inconvenience of a formal investigation, the complaint will also be published.

Furthermore, this gives rise to the risk that more consumers will insist on a formal decision, putting pressure on LeO’s resources. Statistics reveal that already, 40% of cases accepted for investigation are going through to a formal decision, as against LeO’s projected target of 10%. It is very likely that we will see an increase in these figures when dissatisfied customers will want to ensure that other consumers are protected, resulting in a longer turnaround time for decisions.

LeO accepts that the data it will publish will only be useful to consumers and fair to lawyers if put in a proper context. The ombudsman can gather information from its database about the types of complaint, the areas of law giving rise to complaints, and the remedies ordered. However, the ombudsman considers that it needs more information from the firms themselves. For them, the challenge lies in collating details of the number of complaints against the number of clients a firm has.

In my view, more information needs to be provided about the proactive steps taken by a firm to resolve the individual complaint. Where a solicitor has made a reasonable offer to resolve the complaint at firm level, and that offer is then in line with LeO’s informal recommendations and then subsequently rubberstamped by a formal decision, this needs to be reflected in the information that is published. This would not be onerous on LeO’s resources as this is information it will already hold as part of the investigation and in considering whether to charge the £400 case fee.

This will give a clear justification for naming and shaming, as firms which do not adequately respond to complaints or make reasonable offers where appropriate should be held accountable. Furthermore, such transparency will encourage firms to take more meaningful and proactive steps towards implementing effective mechanisms for client care and complaints handling.

The decision to publish complaints has been made and there is no going back. We cannot change the decision, but we can influence the type of information that is published. The principles of openness, proportionality, simplicity and reliability that the ombudsman has set out, can only be achieved by ensuring that the information published clearly highlights the bad apples, and that firms who have adopted good practices are not unnecessarily tarnished.