How the new medical agency reform will affect solicitors 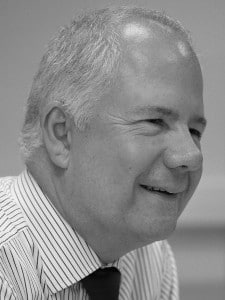 A recent reform came into force on 6 April 2015, which meant that solicitors acting on behalf of clients that have sustained a soft tissue injury from a road traffic accident (RTA), cannot instruct their own medical agency to carry out the report.

Instead, under the Ministry of Justice’s pre-action protocol for low-value personal injury claims in road traffic accidents, medical experts, medical reporting organisations (MROs) and commissioners of medical reports have to register on MedCo, a portal that gives a choice of seven medical agencies to provide or commission medico-legal reports.

In effect, the new reform is a blanket prohibition on those commissioning a medical report having a financial interest in the intermediary who commissions the report in RTA whiplash cases.

Solicitors with a financial interest in such agencies are obliged to declare their interest, and argue that the agencies in which they are involved understand the nature of the industry, as well as providing a good holistic service to clients. However, the argument is that banning a particular party from commissioning a report in a certain type of injury case makes little sense and acts as a restraint on trade.

The new reform has caused controversy across the industry, as the commencement of the new portal was beset with technical problems and often the list of medical agencies has been largely unrecognisable to the solicitors commissioning the RTA reports. Solicitors are therefore being asked to choose one company from a list of seven, who they often do not know and have no agreed contract terms with.

This has affected all solicitors who undertake soft-tissue RTA cases, as even those who had no financial interest in medical agencies must choose from an unknown list and cannot use providers with whom they have had a long and valued service history.

The backlash against the new legislation is widespread, particularly among solicitors. The general consensus is that the MedCo portal does not fully address their needs as a law firm. As a result, many law firms are now fighting back, for a number of reasons.

For example, while solicitors have a duty to act in the best interests of their clients, many would argue that no other non-solicitor who has an interest in a medical agency has such a high duty.

In addition, it would be inconceivable to put pressure on medical experts, as their regulation by the General Medical Council, would compromise their professional reputation for the small amount of work that solicitors would send them.

There have already been proposals to set a minimum amount of work that one organisation can send to a medical agency. If this comes into effect, it could negatively impact SME law firms, as the fear is that the minimum number of medical reports could be very high, making it unachievable.

For example, at Jefferies Solicitors we currently generate over 100 medical reports a month, and it’s likely that we wouldn’t be able to meet a high threshold. We therefore believe that a proposal like this would negatively impact trade, and become open to a legal challenge.

In order to get a more balanced view of the current medical report system, it might be advisable for the MedCo committee to listen to representations from the medical experts themselves. There has been no evidence produced to show that solicitors either seek to influence, nor that medical experts are susceptible to influence.

Only by first making this evaluation, and then by assessing any evidence that shows whether medical experts with affiliations with solicitors produce different types of reports compared to non-solicitors, can the industry ascertain the best path.

Without evidence that there are any risks involved in law firms owning medical agencies, these new regulations appear to be premature and ill thought-out. Law firms will always have a financial interest in the outcome of medical reports, as will medical agencies, whether they own the agencies or not.

This is why, here at Jefferies Solicitors, we have teamed up with several other personal injury law firms, to seek a judicial review of the reform. As a group, we don’t agree with the proposal that we cannot own a medical agency commissioning medical reports for our clients who have been involved in non-fault RTA cases.

We set up our own medical agency, Lawyers Medical Agency, in 2002 after we became unhappy with the level of service we were getting from outside medical agencies. Our agency deals with all types of medical reports arising out of non-fault injuries, and acts for clients of our own and other solicitors firms on a nationwide basis.