How English law is failing Islamic communities and ethnic minorities 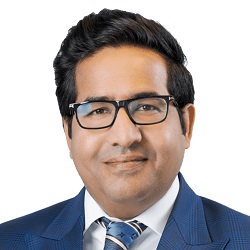 Farani: The legal process of marrying should be made as easy as possible

The intention of the law is to provide a framework for societal justice. The justice system plays a pivotal role in ensuring a safe environment for everyone and resolving any possible disputes in an orderly manner.

In the UK, human rights such as the right to freedom of religion and belief are protected by the Human Rights Act 1998.

As the UK presents a multicultural and multifaith society where minorities are more inclined to follow their religious laws in day-to-day matters, especially those concerning marriage and divorce, it becomes complicated, and to a certain extent impossible, to incorporate all religious laws into our domestic laws and create a unified and uniform legal system which can apply irrespective of someone’s religion and beliefs.

Nonetheless, there should be efforts to minimise the gap between the UK’s domestic laws and its citizens’ religious laws with a view to merging all the different laws into the English legal system.

In 2015, David Cameron commissioned Dame Louise Casey to examine opportunity and integration in isolated and deprived communities. Published in December 2016, the Casey report contains a distinct chapter on religion, which includes sections on ‘regressive attitudes’ among Muslims as well as ‘religious codes’.

She concluded that Sharia councils were undermining the rule of English law by “operating in ways that are discriminatory, causing harm and subverting individuals’ legal rights”.

Sharia councils help those separating to work out their separation emotionally, religiously, and financially without any enforcement power as their decision are non-binding on the parties.

There has been a considerable amount of controversy surrounding Sharia law in the UK. In 2008, the then Archbishop of Canterbury, Rowan Williams, maintained that adopting certain aspects of Sharia law in the UK seemed unavoidable and would help maintain social cohesion.

More than three million Muslims live in Britain and over 80 Sharia councils operating across the nation. If regulatory procedures surrounding these councils were put in place, by recognising the presence of such councils and ensuring council members have proper training as well as religious knowledge, public opinion may be positively impacted by these changes, thus making it easier to establish one streamline legal system.

The following are the suggested procedures that could be implemented so as to minimise the gap between UK’s domestic laws and its citizens’ religious laws.

The legal process of marrying should be made as easy as possible. As a part of unification process, marriage solemnised under Sharia law/any religion should go through the civil registration at the local registry to ensure that rights of the parties are protected, and all marriages are considered as legally valid.

This will require amendments to the Marriage Act 1949 and the Matrimonial Causes Act 1973, ensuring that civil marriages are conducted before or at the same time as the Islamic marriage ceremony.

This would mean that greater number of women would have the full protection afforded under family law. To streamline the process, the offences listed in section 75 to 77 of the Marriage Act 1949 should be amended to include penalties should the parties failed to register the marriage in their local registry.

A peaceful co-existence of religious-based ADR and common law-based ADR is not impossible. In case of any disputes between the parties, there should be one integrated forum where all the potential disputes could be resolved according to both English law and their own beliefs and rituals.

Irrespective of any religion, divorce can be a sensitive issue. Divorce is not encouraged in any religion and is considered a last resort. To avoid any stress or sufferings as a result of an unhappy marriage, the parties should be given a choice to divorce in accordance with their own religious belief and settle their disputes accordingly.

Sharia states that Muslims should remain faithful not only to the religion but to the laws of the land where they live. However, this does not mean that we should not encourage legislative change to integrate some of the Sharia into UK law and get protection afforded to others within society.