How do I know you’re any good? 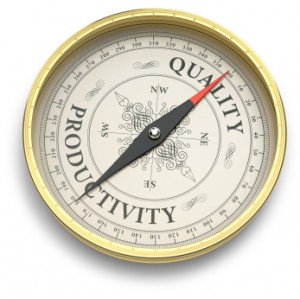 The quality conundrum: how do you prove it to clients?

The findings of the Jures research into consumers’ enthusiasm (or not) for legal services delivered by non-legal brands (see story) has unsurprisingly received coverage and, I’m sure raised the spirits of some solicitors – and maybe encouraged a few to mutter “I told you so”.

It is, of course, far too early to say that, and it strikes me that this research is good news for both sides of the fence.

First of all for the big brands, the disinterest in them offering legal services was hardly overwhelming. (Plus, in a separate question, 26% of consumers said they would be influenced by the reassurance of a brand when seeking a legal adviser.) And as well-known legal academic Professor Richard Moorhead tweeted in response to my story, the six brand names offered to those polled did not include membership organisations, such as the Co-op, which might well engender greater trust among (their) consumers.

Further, as he also said, a bit of PR and some smart pricing could soon start changing attitudes – the research unsurprisingly identified the current cost of legal services as a major issue. The reality is that only one of those six (Halifax) has thus far indicated any interest in legal services and so consumers at the moment are not familiar with the concept of getting legal advice from such a place.

For solicitors the survey indicates that they still have a bit of time to up their game and really give consumers what they want. And what they overwhelmingly want is quality of advice, the research finds, and they like it face-to-face as well.

But quality of advice is a tricky one. Collar your nearest law firm senior partner and they will probably tell you that high-quality advice is their unique selling point. The problem, of course, is that the senior partner of every single one of the other 10,000+ practices in the land would say the same, and do so on their websites.

But proving quality is not an easy task, which is perhaps why not many firms try to do it, beyond specialist panel membership (which is not to be sniffed at, but a lot of lawyers have it). How many have service standards? A rare example is Underwoods, run by well-known Hertfordshire solicitor Kerry Underwood (who, in the interests of full disclosure, I should mention is a Legal Futures Associate through his Law Abroad business, as, indeed, is Jures).

There is a section on Underwoods’ website named ‘Quality standards’ and, rather than the kind of waffle you usually get, offers concrete standards against which to judge the practice. It is worth highlighting them because this is not the kind of thing one finds on the average law firm website. Every month the firm posts an exhaustive run-down of the reviews the office manager has conducted on named fee-earners’ files (see here). Also, at the beginning of each case, clients are sent the last three months’ audits for the firm.

Further, it makes four basic client-care promises (eg, “If you telephone us before 4pm we will return your call within 4 hours”) and will pay £50 every time one isn’t kept. Finally, if a client is unhappy about the terms of settlement in a case dealt with by payment of a fixed fee or a contingency fee (because they think the firm just wanted a quick settlement), then Underwoods has in place an appeal procedure whereby if Iain Goldrein QC concludes that the firm undersettled by at least £1,000, Underwoods will pay the client that sum.

Now I suspect this provides too much detail for the purposes of the average consumer but it’s admirably open, reassuring and all pretty impressive, even if the client survey results on the website are three years old. So does it work? My accountant father always tells me you can never know until you’ve seen the books, so all I can say for sure is that Kerry always seems to have a very nice sun tan.

As a lawyer, you wouldn’t advise a client just to accept the word of a potential business partner about how good they were; you would tell them to seek some evidence. So why shouldn’t clients expect the same when looking for a lawyer? And in the absence of that, might the reassurance of a brand synonymous with quality become a bigger factor? So it is interesting that of the six brands Jures tested, it was Marks & Spencer which scored best.