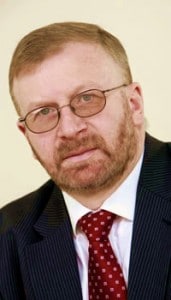 Finlyson: if there's fault, it is on both sides

An article last month in Scottish legal magazine The Firm entitled “Vast majority of solicitors totally unaware of Law Society constitution consultation” is something of an indictment on the extent to which lawyers engage with their regulatory body. It begs the question of whether the average lawyer actually cares about those who regulate – until, of course, it is too late and they find themselves on the wrong end of a disciplinary sanction.

The article states that the Scottish Law Agents Society has reported that the “vast majority” of solicitors in Scotland were not aware that a consultation inviting members to comment on the proposed draft constitution was underway.

This is not, I would suggest, a problem that is unique to Scotland.

In December 2009 the Solicitors Regulation Authority (SRA) issued a consultation on conflict and confidentiality. It ran until February. Some 28 responses were received, 11 of which came from City firms. A consultation on the assigned risks pool launched the month before fared slightly better receiving 130 responses – but even that was less than the number of firms in the pool at that time and only 32 were from sole practitioners, the very section of the profession most likely to be affected by any change in the rules.

Not that solicitors are the only lawyers reluctant to interact. The licensed conveyancers do little better. The Council for Licensed Conveyancers’ consultation on a proposed increase in the maximum level of compensation awarded for inadequate professional service produced a grand total of 16 responses (nine for and seven against, if you’re wondering).

So why is it that, given the fact that many of these consultations lead to changes to the way in which professionals are regulated and are able to conduct their businesses, and that most professionals regularly complain about the way they are regulated, more do not respond?

There are I would suspect a number of reasons including:

So do regulators need to engage more with those whom they regulate or should they simply assume that no news is good news?

The danger of not engaging with the regulated is that regulators run the risk of becoming remote from those whom they regulate and regulation becomes inappropriate, unnecessary, heavy-handed or impractical. To an extent we already see examples of regulations which restrict the freedom of those in practice to a degree which can render them uncompetitive.

The fault, however, if fault there is, lies on both sides.

The professions must become more attuned to the wider needs of practice and must engage more not only with their regulators but with the other organisations that impinge upon their working day. A law firm is a business and must strive to recognise that it is a business. Businesses have to be cognisant of all of the factors which impinge upon them and must respond to those factors. A business which thinks it can just continue to do that which it has always done, without paying any attention to the market place in which it operates, is soon not going to satisfy the needs of that market place.

That is where many law firms are at present. As Professor Stephen Mayson said in his paper If ABSs are the answer, what is the question? – “if you don’t think you’re in business, it doesn’t really matter because you’ll soon be out of business anyway”.

At the same time, however, the regulators have to start to make their consultations more consumer-friendly and have to start to become more accountable to those whom they regulate as well as to the public in whose interests regulation is undertaken. This is something which is particularly apparent in the choice of topics upon which regulators consult and the impact that some of the non-consulted decisions can have upon those in practice.

The regulators may think these are small and inconsequential changes. To them, possibly they are so, because all they are doing is making their lives easier or rationalising procedures and processes. To a profession struggling to keep up-to-date with the pace at which regulation is changing, it is a far more important issue.

Indeed, one of the criticisms regularly levelled against the SRA is that those who are subject to regulation often do not know and cannot find details of how that regulation is carried out or what the implications of default will be.

So, the conclusion is that there has to be effort made on both sides if regulated firms are to continue to be regulated in a proportionate manner.

On the one hand, there is a danger that if regulators become too Draconian then all that they will achieve is to create a small and uncompetitive regulated sector.

On the other hand, however, lawyers have to be aware of the fact that they are regulated businesses, operate as businesses that are no longer protected and cosseted by restrictive trade practices, take an interest in the regulations that are imposed and try to ensure an equitable regulatory outcome.

Above all else, they have to start to care about their regulators.