Has the UK done enough to regulate smart contracts? 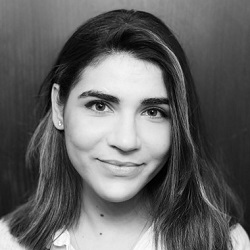 Globalisation and new technologies, such as artificial intelligence and blockchain, has led to the rise of highly innovative digital economies around the world in recent years. Blockchain technologies, in particular, have risen to prominence because of their extensive use in cryptocurrencies such as Bitcoin and Ethereum.

Smart contracts are made up of software that is externally hosted on blockchains that can autonomously execute transactions when certain pre-specified conditions are triggered.

There is often confusion in terms of the particular terminology used. Ewan McKendrick, author of a leading textbook on contract law, notes that English law has no formal definition of a contract. However, a contract generally refers to a legally enforceable agreement between two or more parties who intend to create legal relations, supported by consideration.

On 25 November 2021, the Law Commission published its advice to the UK government on smart legal contracts. Among other things, its report considers how the law applies to smart legal contracts and identifies particular areas of uncertainty and where reform may be required.

Building on the conclusions reached by the UK jurisdiction taskforce (UKJT), the Law Commission confirmed that the existing law of England and Wales is able to accommodate and apply to smart legal contracts without the need for statutory law reform.

Particularly, the commission considers that the English common law provides an ideal platform for business and innovation, without the need for statutory law reform.

The report’s conclusion recalls that of Sir Geoffrey Vos in the UKJT legal statement: “We should, I think, keep sharply in focus the advantages of the common law. It is dependable and predictable and able to build on clear principles to apply them to new commercial situations…

“We should try to avoid the creation of a new legal and regulatory regime that will discourage the use of new technologies rather than provide the foundation for them to flourish.”

Although the report reaffirms the advantages of English law for smart contracts, it also recognises some areas such as contractual interpretation are in need for an incremental and principled development of the common law in specific contexts.

It also considers that areas such as the law of deed and rules on jurisdiction require further work to support the use of smart contract technology.

In conclusion, the report recommends that no new legislation is required to address legal issues arising out of smart contracts specifically. Essentially, It will require case law to be developed for parties and developers to see how smart contract risks play out in the courts.

It is important to note that, as the technologies that underlie smart contracts develop, legislation or regulation may be needed in the future.

Are there any problem areas?

The Law Commission nonetheless acknowledges that further work is needed to support the use of smart legal contract technology, particularly in areas such as deeds and private international law.

The difficulties may arise in various formality requirements, such as witnessing or attesting to a contract being entered into. That is why the Law Commission is not yet confident that a hybrid or solely code-based contracts can be used to execute deeds.

Similarly, the commission’s analysis highlights the difficulties inherent in applying existing conflict of law and jurisdiction rules to smart legal contracts and associated technologies. Issues particularly include where the smart legal contracts are unilateral and solely in code, or formed by autonomous interaction of computer programs.

The report advises using an express choice of law and jurisdiction clauses to handle the uncertainty in this area of law. The Law Commission has stated that it will consider this issue as part of its future project on conflicts of laws in the context of emerging technology.

Gizem Akilli is a recent LPC and LLM graduate with a particular focus in commercial law.