Has the SRA served its purpose? 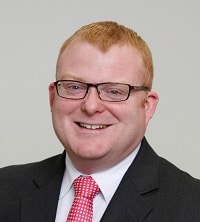 The Solicitors Regulation Authority (SRA) recently asked the House of Commons’ justice select committee to assume responsibility for holding it to account once independence from the Law Society has been achieved.

As reported on Legal Futures, the arguments from the SRA in favour of independence can be summarised as being twofold: that the establishment of an independent regulator for the profession would protect the public more effectively; and that the Law Society’s role is akin to the British Medical Association (BMA).

With great respect to SRA chief executive Paul Phillip, the argument is self-serving. Mr Philip is to be commended for the great strides forward the SRA has made since his appointment; however, these risk being undermined by the promotion of two arguments which really are about the SRA trying to survive as a regulator and to justify independence from the Law Society.

It is essential that solicitors set the standards which should prevail within their profession.

The SRA’s own difficulties, since its creation, in establishing its credibility with solicitors demonstrate that when you fail to understand the profession, you fail to carry the profession’s confidence in the regulatory activity that is undertaken.

A single legal services regulator should replace all to enable genuine oversight and consumer protection, whilst ensuring that each profession can maintain its own access to the profession in terms of qualification routes, and can refer issues of misconduct to a truly independent regulatory body.

Mr Philip’s arguments about protecting the public fail to consider also the role of the Legal Ombudsman (LeO). The real agenda, I suggest, is to ensure that the SRA team prevails in the ongoing fight with the Law Society and the other regulators for supremacy with their respective representative bodies.

LeO is specifically tasked with protecting the interests of the public, and doing so in a way in which its decisions are legally enforceable against law firms, even when they can be controversial, or on an objective legal basis may even appear inappropriate. As any professional who deals with complaints on behalf of law firms will tell you, there is much frustration within the profession with LeO, but its role is quite properly the protection of consumers and those who otherwise would struggle with a professional in a dispute.

It is a misconception to describe the Law Society as a representative body as akin to the British Medical Association, and has led to misleading conclusions being drawn within the SRA. It is worth noting that Mr Philip was previously deputy chief executive of the GMC, which brings cases before the Medical Practitioners Tribunal Service in much the same way as the SRA brings matters before the Solicitors Disciplinary Tribunal.

There is, however, one fundamental difference which affects both the structure and appropriateness of the role of representative bodies. The BMA provides insurance to each practitioner. It offers trade union-type support and guidance. But fundamentally, it is there to represent those they insure.

Other medical defence unions follow a similar model, being an insurance-based service for the individual.

As law firms, we collectively have professional indemnity insurance, and it is the firm and not the individual that is insured. Drawing a conclusion that the Law Society’s role is akin to the BMA’s is therefore fundamentally flawed, given that the structures and purposes of the organisations are different.

The repeated updating and evolution of the SRA’s rules demonstrate that despite the great strides forward made on Paul Philip’s watch, fundamentally the SRA still does not understand the structures or rules appropriate to the provision of legal services. The emphasis now placed on individuals in the compliance Officer functions has created a whole new challenge for firms, with little, if any, benefit for consumers. It has created a burden and much confusion within the profession.

Paul Philip and the SRA conclude that the public and profession need true separation and independence from the Law Society. I beg to differ – the failings are those of the Legal Services Act and the regulatory framework it produced, and the regulators dedicated to the professions which failed to address the wider legal services market (including the unregulated market in, for example, will writing, employment law and human resources services).

The appropriate conclusion is to revise the whole of the regulatory regime to ensure that, whichever strand of the legal profession is engaged, the high standards are set by the knowledgeable, professional bodies, but the standards are enforced by a single oversight regulator. Removing unqualified advisers would protect the public but the SRA proposes to widen the scope of these, not close it.

The turf war between the SRA and the Law Society should not distract from the needs to protect both the profession and the public from too many small regulators covering much the same ground.

The legal regulator should not be subject to parliamentary oversight. The separation of law from politics is essential for public confidence. The Legal Services Act 2007 and the SRA have served their purpose – to modernise things – so now let’s streamline them and have a single regulator for all legal professions.