Handling concerns about solicitors – what exactly is the issue? 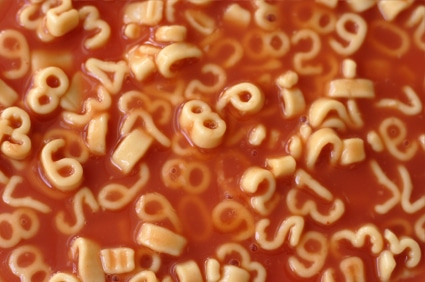 Making sense of the numbers – are the SRA’s statistics helpful?

Maybe in the 21st century it is time to replace the well-worn saying “lies, damned lies and statistics” with a new version: “KPIs, damned KPIs and meaningless data.”

Don’t get me wrong, I am a great believer in the use of data. I often cite a quote from W Edwards Demming – “In God we trust; all others must bring data” – to support the need for data in managing and reducing risks. But it has to be useful and capable of interpretation so that we can learn from it and improve.

In November the SRA published data indicating that 83% of issues raising concerns about solicitors were dealt with and concluded within 12 months. In contrast, for those solicitors less fortunate (or in some cases with less integrity), the average time taken from the receipt by the SRA of information to the issuing of proceedings at the Solicitors Disciplinary Tribunal (SDT) was 550 days.

In my experience the word ‘average’ should never be taken at face value. We all know that what this means is that sometimes proceedings were issued quickly and sometimes it took the regulator a lot longer than 550 days. So why publish the data? Chief executive Paul Philip thinks he has the answer: “Publishing these statistics will contribute to the development of the efficiency of our work in this area and provide useful feedback on our performance as a regulator.”

Whilst it is great that the SRA wants to be more transparent, will sound bites like this really make a material difference or enhance operational efficiency? It is difficult to see how this limited data could inform the SRA’s strategy as no meaningful conclusions can be drawn without an accompanying narrative. For example, what is an ‘issue’? Without further information, am I reasonable in assuming that the ‘issues’ range from, for example, a failure to return calls to a failure to account for £45,000 net sale proceeds?

And, let’s not forget that proceedings at the SDT come in all sorts of shapes and sizes. There are some solicitors who do fall short of the expected standard but their breaches can rightly be described as minor and the allegations are admitted at the earliest opportunity. In such cases the SDT will only be asked to consider issues of mitigation.

On the other hand, there are cases where solicitors have acted dishonestly and the SRA will understandably have expended a significant amount of time and money in taking proceedings in order to ensure that such individuals are removed from the profession.

What the profession wants to know is that when a red line risk is presented to the SRA, prompt action will be taken by the regulator.

Why does it matter? In my eyes it is quite simple and I have to share a tale from the trenches. In June this year, a colleague of mine was approached by a client who had invested in a property investment scheme. The client had been assured that as her money was paid to a solicitors’ firm, it was safe. Needless to say, upon investigation my colleague quickly discovered that this was a fraud and there was good reason to suspect that the solicitors’ firm was complicit.

Since reporting the matter to the SRA that month, we have been unable to extract any comment from the regulator as to whether or not it agreed with our analysis that this firm represented a red line risk. We did not ask them to divulge the details of any investigation; just a simple yes or no would suffice.

I contacted the supervisor dealing with this issue and she advised me that the firm had closed on 30 September 2014. Despite writing to senior executives at the SRA, we have yet to receive confirmation as to what action, if any, the SRA took in response to the concerns raised on behalf of our client in June 2014. We are also still waiting for an explanation as to why the supervisor thought that the firm had closed on 30 September 2014 but the claims management unit and the Law Society thought it was open for business.

Paul Philip also said: “it is the hallmark of any profession that it deals quickly and firmly with individuals who commit serious breaches of its rules. That is an important part of our job. It protects the public and the reputation of the profession, which in itself is in the wider public interest.” I could not agree more, but I’m not sure the lay client in the above example will feel reassured.

If the SRA really wants to improve “development of the efficiency of our work in this area and provide useful feedback on our performance as a regulator”, it needs to start presenting the data to the regulated community in a more meaningful manner that will allow the profession to provide proper feedback and enable our regulator to improve where necessary.

Our concern is that the SRA is chasing KPIs for the sake of chasing KPIs. If it really wants to reassure the profession and the public that it is an effective regulator, it needs to be able to demonstrate that it can properly distinguish between different issues and risks, and allocate resources accordingly. After all, isn’t that what OFR is all about?

To discuss any issues arising from this article, please contact Martina on 0161 233 7330 or martina.hogg@weightmans.com