The Grenfell Tower inquiry: is Moore-Bick the fact-finder for the job?

A guest post by Gordon Exall, a barrister at Zenith Chambers and author of the Civil Litigation Brief blog 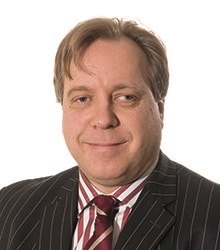 Exall: commercial courts are far from some kind of pastoral backwater

If you write a blog on civil procedure, it is not hard to steer a course away from the issues of the day.

However, there is one issue of the day that is hard to ignore. The criticisms of the appointment of Sir Martin Moore-Bick to chair the inquiry into the Grenfell Tower disaster.

I have looked at the criticisms of the appointment of Sir Martin with exasperation. No-one, but no-one, has asked the central question that everyone affected by this tragedy needs to know – is this judge a good fact finder?

The role of a judge as fact finder is one that is often overlooked by academics and practitioners alike. However, it is often the central part of a judge’s job in the civil courts.

The basic finding of often hotly contested facts requires judges to develop skills and expertise in the assessment of lay and expert evidence. In fact, this is the task which society entrusts to judges most. A judge who makes an error of law will have their findings overturned on appeal. It is extremely difficult to overturn a finding of facts.

The residents of Grenfell and their representatives cannot be blamed for not knowing of the important role of the judge as fact-finder. Nor can they be expected to know and the essential skills that have to be developed by a trial judge. It is something barely acknowledged, or studied, in legal education or training. It is rarely mentioned in the media. It is never a matter of public debate.

The methods by which judges go about the assessment of evidence, and deal with technical evidence and contradictory witnesses, are not universally discussed. (In fact, my blog is one of the few places where there is a regular consideration of issues relating to fact finding and the assessment of witness credibility.)

In the civil courts, the judge’s role as fact-finder is the central part of their job. A trial judge has to consider witness evidence, expert and documentary evidence before making a finding on the facts. This has to be a reasoned finding based on the evidence before the court.

Most of the cases on witness credibility covered in my blog come from the commercial courts. Witnesses are often found to be lying. Applications to commit to prison are almost commonplace.

The case in which witness credibility is covered in a full and definitive manner – Gestmin – was a case in the Commercial Court, as are most of the cases where Gestmin is considered.

A brief examination of the cases will see that these involve everything from forgery, perjury, the deliberate sinking of a ship, and experts who were so partisan they simply stopped coming to court.

At the inquiry itself, we can be certain that many of the victims will give different, sometimes contradictory, accounts of what happened. None of these will be lying. It will need a careful and expert fact-finder to make sure every witness is treated carefully and sympathetically while the accurate parts of their evidence is fully and properly accepted.

Again, we can be certain that lawyers and pressure groups for the multitude of parties involved will be putting through hotly contested versions of the facts, ranging from the basic terms of the contract, the technical aspects of the cladding, to what happened during the fire.

Someone, and someone very capable, is going to have to cut through all this evidence to come to the truth as to what happened.

Make no mistake this is going to be a difficult and laborious process. He or she will have to get to the bottom of probably several decades worth of policies, technical information and numerous witnesses, some of whom will be very anxious to deflect blame.

So is Sir Martin Moore-Bick a good fact-finder?

The difficulties are compounded by fact that this pre-dates Bailli, and law reporters are rarely interested in judgments based on vigorous findings of fact. However, I have read many of the first-instance decisions and concluded:

The judgments emphasise my central point – this is someone who has the skills and ability to find facts without fear or favour.

Some people reading this, particularly outside the legal profession, may see this as a simple upholding of a judge – the barrister as apologist. It is not. I have spent many years writing and researching on civil procedure and evidence (not to mention over 30 years in practice as a lawyer). As I have said this blog is one of the few places that looks at civil evidence, and the job of fact-finding, in any depth or detail.

The legal system, and legal profession, is far from perfect. However, the basic and often laborious task of fact-finding has to be done by someone with the ability and experience to do the job.

What is to be done after those findings of fact are made is a matter for politicians and policy makers. The central task now is to establish the facts. There is no doubt that Sir Martin Moore-Bick is the best person for this task.