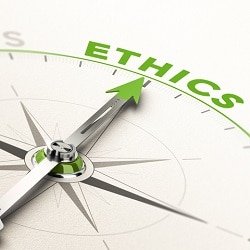 Company behaviour and the ethical responsibility of general counsel is a sensitive subject, because the status and influence of the role can vary considerably from one entity to another, and the issue can be complicated.

In-house lawyers (IHLs) may be suspected of not being wholehearted team players if their advice on risk conflicts with the drive for profits, and their job security may be precarious as a result. Or they may be ardent defenders of company policy, so much so that they are accused of putting the public interest – which, unlike their employers, solicitors are pledged to defend – second.

While solicitors are bound to serve their clients interests faithfully, according to their professional ethics the public interest should take priority.

On occasions, seduced by generous remuneration packages and perhaps career-long familiarity with the corporate goals of employers, some in-house lawyers have been content to let business define what is an acceptable risk, amid the high-stakes pressure of a competitive marketplace.

This has allowed sharp practice or other ethically dubious behaviour to pass without vigorous challenge from general counsel, even though surveys show that employed lawyers admit this is part of their job description.

Specialist legal ethics academics at University College, London have been wrestling with this conundrum and recently devised a potentially elegant practical solution in the form of detailed guidelines that enhance and formalise the position of IHLs. They could both give them a status boost and induce them to focus on ethical duties.

Preventing a recurrence of ethical lapses that led to the global recession of 2008 was their motivation. As a business’s ‘first line of defence’, the IHL can have a valuable role in protecting its reputation, while at the same time preserving trust and stability within the wider economy – especially in the case of financial services companies.

The need for guidelines is made more compelling by the complete absence of any mention of IHLs in either the law or practice relating to corporate governance or ethical leadership.

The vehicle in the corporate structure for the guidelines is to tie IHLs more closely to the board-level individuals most likely to be sympathetic to lawyers’ conflicting obligations – non-executive directors (NEDs). The relationship between the two is “sometimes not as strong as it might be”, say the academics.

The expectation is that, by virtue of their diverse backgrounds and independence, at critical moments for a company NEDs are less susceptible to the daily attraction of profit-driven solutions at the expense of the bigger picture – such as considerations of reputational risk. For this reason, regulated firms give NEDs key roles in corporate governance.

For NEDs wary of risking ‘taint by association’ with a perceived lawyerly caution on business risk – in the eyes of sceptical company executives anyway – informal contacts the academics had with non-execs suggested they might add value to the organisation by challenging IHLs, at the same time as assisting them.

As well as a closer relationship with NEDs, the guidelines recommend that IHLs would have a bigger role at the top level of companies, including a seat at board meetings, on key committees, and a direct line to the board chairman.

In theory, a general counsel’s concerns about, for instance, a particularly risky but highly profitable project, would have a hearing by people to some extent independent of gung-ho executives. Even if their caution was over-ruled, they would have had a ‘safe space’ in which to raise the concerns.

The question remains whether large companies will see it as to their advantage to sign up to the guidelines, since on the face of it there is little incentive on them to inflate the legal department’s independence.

However, there could be corporate social responsibility dividends to installing a regime that might prevent the kind of catastrophic policies that precipitated the global economic crash.

The authors have gone out of their way to cast the guidelines as useful to the companies, not prescriptive, and build up the IHL’s role without anything that should be perceived by executives as constraints on their freedom to act in the corporation’s commercial interests.

Most of all, company executives might actually welcome a closer working relationship between the NEDs and the lawyers, seeing the former as in a good position to explain to the latter the business imperative for a particular course of action, thus stifling all but the most consequential challenges to risky behaviour.