In this guest post, Paul Hajek, managing director of Gloucestershire firm Clutton Cox Conveyancing [1], talks about his journey from being an SRA-regulated sole practitioner to a CLC-regulated ABS 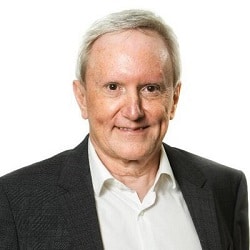 Hajek: We will not be the only conveyancing firm to make the change

Take your mind back, if you will, to 2011 – BABS as I call it. That’s ‘Before Alternative Business Structures’.

The implementation of the long anticipated, but slightly unnerving, Legal Services Act 2007 had arrived.

I’ve lost count of how many ‘future of law’ conferences I have attended over the years exploring the options for law firms in the advent of ABSs.

The overriding thrust of the conferences had been unequivocal: there were three (Wild West) options:

Circle the wagons: Carry on as before, drive down costs and drive out inefficiencies and keep fingers crossed that some form regulatory or combined marketing venture or other will come to your rescue;

Wave the white flag: Simply give up conveyancing and concentrate on other areas of the law or;

Come out all guns blazing: Fight back and truly set your law firm apart with great service, innovation and embrace the challenge and opportunities of ABSs.

Start of the ABS process

In 2011, my firm Clutton Cox removed the word ‘Solicitor’ from our branding and simply referred to the areas of law where we could help clients: conveyancing, wills and probate.

Although a firm believer in the solicitor brand, the competitive advantage once enjoyed by solicitors had been eroded by the unchallenged (in a trade mark sense) terms ‘property lawyers’ and ‘will writers’. There was confusion in the eye of the many consumers.

In 2016, with opening of a new office in Thornbury, we decided to stop handling wills and probate work and became Clutton Cox Conveyancing.

Previously, in 2014, I changed status from sole practitioner to limited company. This gave me the right structure and, at the time, a considerable goodwill tax advantage.

Although this was a paper exercise as far as Companies House was concerned, it was a heavy bureaucratic process, in my opinion, so far as the Solicitors Regulation Authority (SRA) was concerned.

I had to reprove myself to the SRA with new business plans and forecasting etc, as if forming a new law firm from scratch – even under its streamlined conversion procedure.

Shortly after, my assistant solicitor became a non-share-owning director.

I was invited to join the Conveyancing Association (CA), which I did in January 2017 after the previous year attending various events and presentations.

My new ‘elevator pitch’ is that the association is made up of the top 75 conveyancing firms in England and Wales and… Clutton Cox.

Many of the members of the CA are ABSs and regulated by the Council for Licensed Conveyancers. Much of the conveyancing innovation comes from ABSs with the guidance and support of a more commercially aware specialist regulator.

Speaking to other solicitors in the CA, many felt they would benefit from a transfer of regulator to the CLC. They thought the SRA had an extraordinary job on its hands regulating ‘magic circle’ firms as well as the smallest of the small sole practitioners, and both ends of the profession felt the other was being favoured.

The only reason for not changing to another regulator (and it was a huge obstacle) was the payment of six years’ run-off cover for the privilege. Not commercially viable for us.

The SRA rules changed on 1 October 2017 to make moving from one regulator to another less of financial burden by removing the obligation to have run-off cover in place.

I sat next to Stephen Ward, director of strategy and external relations for the CLC, at the LFS Conveyancing Conference in September 2017, which reinforced my ideas and I started exploratory talks about the process with the CLC last November. We started the actual process in earnest in April of this year.

We found the process to be straight-forward and we’re helped very supportively by the CLC throughout the process. The SRA was also very efficient in making the transfer happen on time.

Clutton Cox is now an ABS with four directors: two legally qualified – myself and Sarah Howe – and two non-lawyers, our finance director Kim Rudge and head of sales and people Lou Elliott.

I feel we now have the corporate structure and a forward-looking specialist regulator to help and guide us to thrive in the new legal landscape.

It’s been a journey of some eight years and timing has been fortuitous. I sense we will not be the only conveyancing firm to make the change.

Competition is promoted among law firms it is only fair that competition among regulators is as well.