From RTAs to ABSs 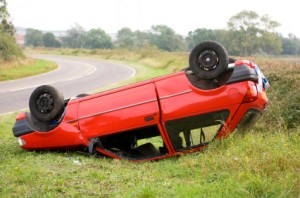 Today marks the start of the new claims process for uncontested road traffic accident (RTA) claims worth between £1,000 and £10,000. A mainly online three-stage, fixed-fee process (if quantum cannot be agreed, otherwise it has just two stages), it promises speedier and cheaper justice for minor injury victims.

It has been a long and troubled path to get here and I fully expect there to be plenty of stories in the coming weeks about teething troubles with the portal through which claims are transacted, and the reluctance of some insurers to get involved. Satellite litigation over the lengthy additions to the CPR which accompany the process is also likely.

But putting this to one side, once the process settles down, all the signs are that it should be good news for solicitors. Yes, their fees will go down compared to the existing predictable costs scheme for any case worth more than £2,000 (but actually go up for any cases less than that). But this should be counterbalanced by the improved cash flow from the fee for each stage being payable as the case progresses, and by speeding up their turnaround of cases.

At last week’s Association of Personal Injury Lawyers conference, one solicitor told me that his firm (a large PI practice) had modelled the process and reckoned it would reduce the length of cases from nine months to just four. The general view seems to be that, once it is working and law firms are properly geared up for it, the process could be quite profitable for claimant lawyers (so no wonder rumour has it that a lot of insurers are unenthusiastic and may instead just let cases fall back into the predictable costs scheme).

Yesterday, I was at a CLT conference chaired by well-known PI and employment lawyer Kerry Underwood (whose company Law Abroad, is a Legal Futures Associate) and he expressed a very favourable view of the claims notification form which kicks off the new process, so much so that he reckoned it could be filled out by a much more junior member of staff than one would currently need to start a case. Legal expertise would be needed later, but again costs go down.

From the outside this looks like a scheme that will largely run itself. So, happy days for PI firms? Maybe at the moment, but what about next year? Kerry Underwood’s view is that PI solicitors are “perpetuating a business model that’s wrong for routine work”, the kind of comment that will make those eyeing up the market rub their hands. Just look at it: several hundred thousand cases a year allied to a simple, online process that can be delegated to junior staff and requires relatively little legal input – what’s not to love about that if you are a would-be alternative business structure that wants to “commoditise” legal work? It sounds like a process designed to fit the model most people have for where ABSs will start.

This goes particularly for claims management companies (CMCs), especially those worried about the possibility of referral fees being banned once more. The more sophisticated CMCs already collate the information needed to fill out the form before they hand the file over to the solicitor; it will not be much of a stretch to bring a few lawyers in-house to oversee the legal aspects and thus do the whole case themselves from start to finish. More profit and no worries about referral fees.

What claims process gives with one hand, it might take away with the other.