From the referral fee frying pan into the advertising fire 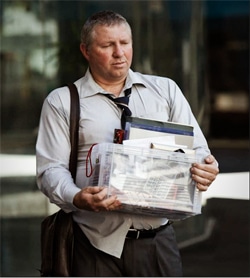 The QualitySolicitors advert: the way of the future for all?

We kind of all knew it anyway, but just how much money a large insurance company like the Direct Line Group makes from referral fees still took my breath away.

As we reported earlier this week, the group received £110m from solicitors in the three and a half years since January 2009. Call it £30m a year and extrapolate (the group’s market share is 19% of motor and 18% of home insurance) and you are looking at around £150m a year going from the pockets of solicitors to insurance companies for the privilege of receiving cases. And that’s before the £100m or so insurers make every year from credit hire referral fees (again a rough estimate based on the Direct Line figures).

That’s a lot of money to go down the swanny with the impending ban on referral fees in personal injury – made even more frustrating when you think how little work goes into making it in the first place – so it’s no surprise that Direct Line is eyeing up an ABS application as a way not to lose that revenue; I’ve even heard the names of a couple of law firms with which it could be teaming up.

Meanwhile, the likes of Quindell and newcomer Concordance are looking at innovative ways of offering insurers a solution that would allow them still to make money from the claims they have on their books. The report by Espirito Santo Investment Bank confirms the way the insurance legal market is going.

The Direct Line prospectus did add that taken as a whole, the civil justice reforms of which the referral fee ban is part should have a broadly neutral financial impact, given the end of recoverability and lower portal fees in particular. But obviously it is the referral fee ban that is driving so much of the activity in the personal injury market.

On 22 October the Solicitors Regulation Authority (SRA) should publish its consultation paper on how it plans to introduce the ban – though earlier this year it shared its initial thoughts, this detail is badly needed if firms, insurers and claims management companies (CMCs) are to start planning properly for the ban.

The Espirito report predicts that the ban will wipe out most CMCs, to be replaced by direct advertising by law firms – possibly through a new generation of marketing collectives. I don’t suppose many people will weep at the demise of CMCs, the reputation of the good and ethical ones forever tarnished by the activities of the bad and unethical ones, of which there have been more than a few.

And in the 13 or so years since the industry sprung to life, it has taught solicitors a lot about capturing clients, meaning they probably feel more confident about taking up the challenge – it was their failure to do just that in the late 1990s that brought about the original Claims Direct and The Accident Group.

The referral fee ban will bring with it lower fees (Espirito describes insurers charging referral fees as a way for them to claw back claimant firms’ “super profits”), and so firms’ funds to advertise may be limited. Subject to seeking external investment instead – and everyone I speak to is surprised to see Palamon Capital spend millions on QualitySolicitors’ big advertising campaign on the basis that this is not what private equity does – the prospect of firms forming more marketing collectives is therefore realistic.

But the question is whether they will be caught by the ban. The then justice minister Jonathan Djanogly may have said in June that they will not be, but word has it that it remains a very live issue at the Solicitors Regulation Authority (SRA). I’m told that the SRA’s current position is that where there is human intervention in the client-capture process, say through a call centre, then the ban applies. It will only be those schemes where a call is automatically routed to a panel law firm that are fine.

I’ve blogged before that the referral fee ban is a policy the SRA doesn’t really want to police, but the government has lumbered it with the responsibility. An industry and the fate of more than a few jobs await how exactly it is going to do this. The pressure is on.