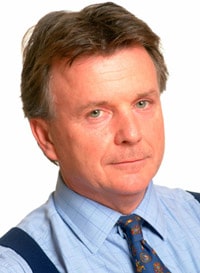 Eastwell: the missing link between the SRA and the City

The appointment of Nick Eastwell as the Solicitors Regulation Authority’s (SRA) first City law firm adviser is “the missing link” in its approach to the City, according to SRA board chairman Charles Plant (see story) – part of the SRA’s story of evolution, I guess.

The former Linklaters partner’s role is to “offer special advice to our executive team and board, and to help further enhance the confidence of clients and firms that the SRA has the appropriate skills and approach”. This is all well and good, I suppose, but is the SRA suffering from a huge shortage of advice on how to negotiate the issues around the City?

A major criticism of the previous SRA board was that it lacked sufficient representation from and understanding of the City, and there was talk of the big firms plotting to break away from the Law Society and set up their own specialist regulator (certainly some meetings took place). The current board, however, could never be accused of being similarly lacking: as well as chairman Charles Plant (ex-Herbert Smith), we have Martin Coleman (Norton Rose), Cindy Leslie (Denton Wilde Sapte), Malcolm Nicholson (ex-Slaughter and May), Mark Humphries (ex-Linklaters), and Tom Keevil (ex-Simmons & Simmons and now general counsel at United Utilities). I do not know Mr Eastwell, but on the face of it I cannot help but wonder how much he adds to this pool of knowledge.

Frankly, if the SRA board needs more guidance on how parts of the profession operate, it could do with a high street adviser, as it has only two solicitors on the board with experience of such work, Lorrette Law and Yvonne Brown, whose term ends next year. Further, both are family lawyers, so where is the direct experience of, say, conveyancing, probate or personal injury work? (In fairness, Ms Law is senior partner of a large high street firm, Switalskis, with a broad publicly funded and privately paying practice.)

Concern about unhappiness in the City has certainly had an effect. It also helped prompt last year’s Hunt review, commissioned by the Law Society (Lord Hunt, of course, is a City solicitor among many other things), which had a specific sub-strand on the regulation of City firms and recommended self-governance for firms that can prove they have the internal controls, rather than a separate regulator.

The SRA now has a base in the City and is recruiting staff with the skills to monitor City practices, while it is piloting relationship management (see story), which among other things will give large and/or complex firms a dedicated point of contact. The first six firms in the pilot, announced today, include a global firm and two national firms. Outcomes-focused regulation should also be good news for City firms as it will give them greater flexibility in applying the Code of Conduct to their sophisticated corporate clients.

Nobody would seek to deny the importance of the big firms and it is widely acknowledged that the current system of regulation is insufficiently attuned to their particular needs – there is no point in an SRA inspector turning up at Clifford Chance for a two-day visit like he would do for a three-partner firm along the road in east London. While numerically only around 200 of the 10,400 law firms in England and Wales have 26 partners or more, around 42% of solicitors in private practice work in them; equally they have proven, in broad terms, relatively low-risk firms. One gets the impression that all City firms want is a regulator who doesn’t get unnecessarily in their way or impose one-size-fits-all approaches in areas where one size doesn’t fit all, such as conflicts of interest.

I suspect the Legal Services Board would be pretty reluctant to authorise a separate City regulator (it would hardly enhance regulatory simplicity) but it is right that the SRA should dedicate more time and resource to the big boys. Yet the SRA must be careful that, in trying so hard to make itself relevant to the City, it does not lose its focus on the rest of the profession – the part that, dare one say, really needs its help.