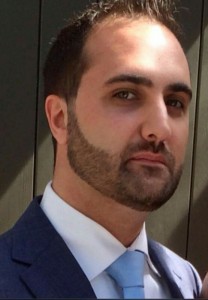 Hughes: many IT departments are slow to upgrade their firms

The risk experts at VinciWorks have conducted multiple off-the-record conversations with various COLPs, COFAs and risk officers to discuss the risks they are examining in their firms and placing in their risk management system [3]. In addition, we researched multiple online risk resources and the SRA’s own public statements on risk and OFR.

This list features five key risks that you should focus on when compiling your risk register [3] and conducting risk strategy sessions. Our recommendations are by no means exhaustive, nor should they be construed as legal advice.

This is a new risk the SRA has added to its risk outlook [4] for 2014/2015. The term ‘bogus firm’ is used to describe situations in which criminals take on the identity of a law firm in order to steal money or access information. Reports of bogus firms to the SRA increased by 50% between 2013 and 2014; and it is likely that 2015 will exceed the 548 reports from 2014. The majority of bogus firm reports relate to situations where the identity of an existing firm has been used; and according to the SRA, both small and large firms are susceptible.

This is a serious risk to your firm, and you are vulnerable, even if you are not aware that someone is masquerading as you. For example, in Lloyds TSB Bank PLC v Markandan and Uddin [2012] EWCA Civ 65, the firm that was said to be the victim of the fraud was still held liable for breach of trust in paying away mortgage monies.

Here are some practical things the SRA recommends that you regularly do:

Look out for alerts and warnings on the SRA website about bogus firms.

Money laundering is a serious concern for law firms that handle client money and can make attractive targets for those wishing to launder the proceeds of crime or otherwise disguise improper transfers of money. It is estimated that money laundering in the UK has an annual value of up to £57bn. As such, the SRA has identified money laundering as a key risk it will be regulating in 2015.

Between October 2012 and September 2013, solicitors made 3,615 suspicious activity reports (SARs) to the National Crime Agency (NCA). The majority of these were consent SARs, where a professional seeks consent to continue with a transaction. An NCA analysis of these reports found a high proportion received from the legal sector were of poor quality. Many did not contain enough information about the suspicious activity for the NCA to be able to make a decision about whether the transaction should proceed.

It is imperative to engage every relevant member of your staff in mitigation. Anybody at your firm could inadvertently find themselves embroiled in a money laundering transaction that could ruin your firm’s reputation or expose it to liability.

This control starts with education. Every member of your firm must undergo regular anti-money laundering training [6] to understand what behaviour is expected of them. AML has been singled out in the new SRA competency framework [7] as an area in which a solicitor must maintain proper training.

Microsoft products that are no longer supported

Many IT departments are slow to upgrade their firms to the latest versions of Microsoft Windows, Office and Internet Explorer. They do this for a variety of reasons, including high costs, complicated technical deployments and the need to retrain staff. Some firms cannot upgrade because a business-critical application can only run on a previous version of Windows. For example, some bespoke matter management software requires Windows XP or IE7.

This is a grave concern for law firms. Microsoft ended support for Windows XP on 8 April 2014. That means it will no longer produce security patches for critical vulnerabilities in the operating system. As time goes on, more and more critical security holes will be found, and attackers will have free reign to exploit them.

If your firm is running unsupported software, you could be exposed to liability under the Data Protection Act; especially in a case where you are storing personal data on those computers. In addition, the increased chance of hacking into your firm’s computers could open up the firm to a variety of risks including compromised information security, reputational risks and bogus firms.

Currently over 15% of our clients are still using IE7 or IE8 on at least some of their computers. From 12 January 2016, Microsoft will only support the most current version of Internet Explorer available for a supported operating system. That means that in less than a year, firms will have to upgrade to at least IE9 (on Windows Vista) or IE11 (on Windows 7 and up) or risk exposure to security flaws.

It is strongly recommended that all organisations using Windows XP, Office 2003, Windows Server 2003, Exchange 2003 and Sharepoint 2003 should upgrade to supported software as soon as possible. If this is not possible, the UK government recommends some short-term mitigations to minimise exposure.

These include the upgrade of high-risk user devices, such as devices used for corporate remote access, as they will be subject to greater physical threat and be more susceptible to network-borne attacks. Devices that can access more sensitive information or services, including personal data, should also be prioritised.

Firms running IE7 or IE8 should discuss an upgrade plan and budget with their IT departments before the looming 12th January 2016 deadline.

To learn more see the CESG guidance on the matter [8].

Referendum on UK membership in the EU

Currently firms in the UK benefit from the EU single market which enables solicitors to cross borders and practise across the EU. If the UK leaves, there will be negative consequences to the open market.

In that scenario, firms that represent high net-worth individuals from Europe could potentially see their business go elsewhere if the country votes to leave the EU. Larger firms with an international practice and firms that represent multinationals could find operating throughout Europe to be too costly, or could find their clients looking for European representation.

The management of client money and its transfer across borders could also potentially be affected by an EU exit.

Firms must start by assessing the areas of their business that could be affected by an EU exit and prepare a contingency plan. Regular communication with at-risk clients could mitigate the risk and larger firms should consider whether to invest in lobbying or public policy initiatives.

Misuse of money or assets

Like AML and bogus firms, misuse of money or assets is a key risk for the SRA in 2015. The SRA has identified a trend of increased cases of misuse. Some of these cases are caused by poor systems and controls, whilst other cases involve unethical conduct.

In the 12 months to August 2014, the SRA received over 140 reports of misuse of money or assets per month.

Many times the misuse of funds is the result of a cash flow deficit. Firms should ensure that they have adequate credit lines and should extend overdraft authority to partners.

In addition, a properly maintained incidents register [9] can ensure that material breaches are reported on time, cashiers are held accountable for mistakes, and risk teams can analyse trends of improper use of funds.

Finally, all employees who deal with client funds should receive regular training on the SRA Accounts Rules [10].