Feel the shame – the table you won’t want to top 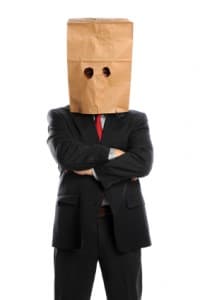 Oh the shame: risk of being on LeO's list should prove an incentive to firms

The fierce debate over whether the Legal Ombudsman (LeO) should name those lawyers/firms against whom complaints are made has not gone away despite LeO’s decision to press ahead with the policy. And a story on it in yesterday’s Daily Mail gave a preview of what this could all mean in practice.

As a reminder, LeO is instituting a twin-track approach to publication. Where there is a pattern of complaints, or circumstances where it is in the public interest to publish the details of a lawyer or law firm, LeO will publish this information, regardless of whether there has been an ombudsman decision.

Secondly, LeO is to publish, once a quarter (starting in late July), a table that summarises the number of ombudsman decisions each legal entity has been the subject of, what the outcome was (remedy or no remedy), and the area of law in each case.

The Mail story did obliquely distinguish between these two, but not so that most casual readers would really notice, I suspect. Instead it was keener to highlight past difficulties with complaining about lawyers, and the fact that findings were never published. “It meant others who spent hard-earned cash on the same lawyers then risked receiving the same lousy service, and being left out of pocket… The ever-present threat of expensive legal action routinely puts people off from even criticising a solicitor.”

Regardless of whether these statements are true (or even make sense), they reflect public perception of the old complaints system. Come July, the Mail and many other publications will be trawling LeO’s newly published data and compiling league tables of “rogue lawyers”. LeO knows this, and to an extent shrugs its shoulders in that it cannot direct how others use the information it provides. So the big test will be whether LeO can provide the much-discussed context which makes it clear, for example, that 10 complaints against a large national firm has to be read differently from 10 complaints against a sole practitioner.

If nothing else, the risk of appearing in a local paper as the most complained about law firm in the area should prove a strong incentive to ensure complaints are dealt with internally and do not reach LeO at all, which is what the regulators ultimately want to see. As Jill Johnstone of Consumer Focus told the Mail: “Hopefully, the threat of naming and shaming will raise customer service levels in this sector.”

I don’t suppose most disgruntled clients will be savvy enough to leverage the threat of going to LeO and becoming a black mark on the firm’s public record, but it is a possibility, I guess. More likely is that a sophisticated comparison website – similar perhaps to Avvo.com in America – will factor a firm’s published complaints record into the score or ranking they give firms.

Lawyers may not like it, but this is the way consumer choice is moving. As ‘Jamie from Portsmouth’ put it in the comments section of the Mail article: “Their [sic] should be such lists for every profession. Give the consumers the information and we can decide if we want to take our business elsewhere or not.”