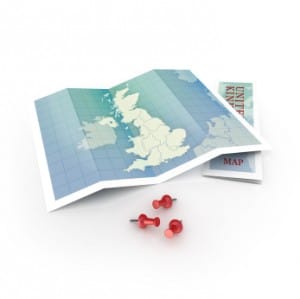 National ambitions: WHSmith tie-up will propel QS towards it goal of becoming a household name

So, is the deal struck by Quality-Solicitors (QS) with WHSmith the “game changer” that chief executive Craig Holt claims it is?

You have to say, very possibly.

It is everything the evangelists of change bang on about – bringing legal services to the consumer, rather than the other way around. The clue, dare one say, is in the word “service”.

For all the higher calling of the legal profession – the rule of law, access to justice, duty to the court and so on – for the average consumer who needs their house conveying or the small business owner who needs his employment contracts sorting out, it is a service. Not like buying a tin of beans maybe, to knock that tired cliché on the head, but done in a certain way and to certain service standards.

And Mr Holt is right to laud the fact that this is “accessible, consumer-friendly legal services but with the actual legal work being done by expert, leading local law firms and not unqualified staff in a remote call centre”. It is the kind of deal that actually gives those law firms involved a fighting chance of standing up to Co-operative Legal Services, Tesco Law, Virgin Law or whomever.

It is, to state the obvious, the scale of the tie-up. Birmingham firm Blakemores has done pioneering work with its Lawyers2you brand, with stands in shopping centres across the West Midlands. Managing partner Guy Barnett should take a great deal of credit for his focus and initiative. But having stands inside one of the UK’s leading retailers – and the shop where people go to buy DIY tenancy agreements or books like Employment Law Made Easy, no less – takes QS to a whole new level. I don’t know how many of the 200,000 or so DIY wills sold by Lawpack every year are picked up from the shelves of WHSmith, but I bet it’s a significant proportion.

Throw in Saturday opening and the widespread use of fixed fees, and you are starting to see a consumer-focused proposition that may even quieten – at least temporarily – QS’s many critics and throws into sharp relief how far other would-be national networks have to go.

Issues still surround the “quality” bit of QS in terms of ensuring quality and consistency of advice (an easy point to make, a harder one to sort out) and the impact on the rest of the network of problems at one firm – while the fee paid to QS as a percentage of turnover is not exactly a popular model – but nonetheless this deal goes some considerable way to delivering the national brand that QS has been promising.

The point I can’t help but come back to, however, is that while all this activity is being done in the context of the Legal Services Act, QS is doing nothing that lawyers could not have done before the Act was even a twinkle in Sir David Clementi’s eye. Yes, it is only natural that it takes the threat of competition to spark people into life, and trying to do this 10 years ago may well have been met with a wave of apathy from the profession, but isn’t it frustrating anyway?

It is not as if the competition hasn’t been there for a good few years already. The £24.2m turned over by Co-operative Legal Services in 2010 makes it the 86th largest law firm in the UK by revenue, to go by The Lawyer’s league table. And it has got to that stage in less than four and a half years.

Earlier this week I blogged about the decision facing firms that are looking to embrace the new reality between joining a national brand and building their own local brand. There are undoubted attractions to law firms in plumping for the latter, and no doubt it will work for some, although I did write the piece in the knowledge that this QS story was about to break.

The choice has perhaps become starker today, although I can’t see a definitively right or wrong answer to the dilemma. But by promoting the brand of “solicitor” in a way that the public hopefully likes, QS could be doing everyone a favour, whatever their strategy.