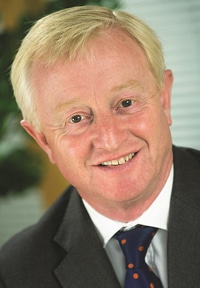 While the large international law firms agonise over the possible impacts of Brexit, it’s fair to say that most SME practices, which are not active outside of our borders, feel less threatened, though they do understand that anything which affects the broader UK economy will filter through to them at some point.

But whether in or out, there are real opportunities for all size of firms, and there are few that will not be asked by clients for help or recommendations for overseas or cross-border work at some stage.

Eurojuris International is a network of some 6,000 lawyers in more than 650 locations in Europe and beyond, and recently I took part in the Eurojuris Congress in Prague, where 130 or so lawyers from more than 30 countries came together – the furthest having travelled from China.

What was evident was the value of collaboration and networking between like-minded law firms of all sizes, in Europe and beyond.

I was there because every one of our LawNet members, typically with fee income of between £2m and £25m, is automatically a member of Eurojuris International, enabling them to network, share legal updates, discuss EU legislation and personal experiences in their specific areas of law.

Over the three days of the Congress, delegates updated their technical knowledge in one or more of the eight practice group meetings and networked furiously in the social events that were held each evening.

And the social side of this is important. Lawyers are operating in a ‘people business’ and if you’ve met the overseas lawyer that you’re going to refer a client to, it helps. Even better if you’ve crunched into him on a football pitch – there’s a longstanding tradition of energetic but not necessarily skilful football matches at each Eurojuris gathering. And yes, the Germans usually win!

For all of our member firms, there is comfort in knowing that they can access a pre-filtered base of lawyers abroad to meet the occasional needs of their clients in other countries. The purchase of a holiday home in Spain or France, perhaps, or help with a commercial contact in Germany or the Netherlands.

In a shrinking world, cross-border family and child custody matters tend to crop up too. Being part of a network and knowing something about the other firm, their abilities, qualifications, expertise and accreditations is surely better than using Google.

Some of our members are more active in Eurojuris than others, and the simple dynamic at work here is that the more you put in, the more you get out.

Individuals and corporations in Europe and beyond need legal services in the UK from time to time and LawNet’s mandatory ISO9001 quality standard is attractive to such clients. Those of our members who have built strong relationships over many years, those who are able to deploy linguistic skills, and those who have really thought through what they want to achieve through the network tend to get value for their businesses and their clients; work flows in both directions.

As you might expect, in the first Eurojuris International meeting since the UK Referendum, Brexit was mentioned a few times. Some of our neighbours still can’t quite believe it, others are cynical about whether we’ll go through with it, and some might even like to see a referendum in their own countries.

We have some good examples within Eurojuris of countries such as Norway and Switzerland which are outside the EU, but very much part of the European ideal.

Whatever their views, they’re all agreed on one thing – collaboration and networking between like-minded law firms in Europe is good for clients and for business.