The ethics of the SRA’s social media warning notice

Posted by Mena Ruparel, co-author with Richard Burnham of How to be an Ethical Solicitor, published by Legal Futures Associate Bath Publishing 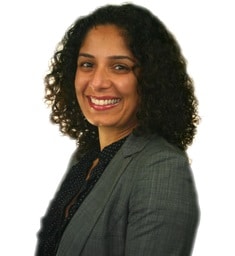 Ruparel: solicitors are held to a higher standard than others

Last month, the Solicitors Regulation Authority (SRA) issued a warning notice highlighting an area in which solicitors are making inappropriate ethical decisions. The SRA will have regard to the warning notice when exercising its regulatory functions, so it behoves all solicitors and those who work in an SRA-regulated firm to give it serious consideration.

The notice concerns the way in which solicitors communicate with other people by email and via social media both inside and outside of practice.

As we note in our book, How to be an Ethical Solicitor, social media portals are regularly used by firms and those who work for law firms in both professional and personal capacities. Their informal nature and the fast pace of use makes it all too easy for regulated people to get carried away with online discussions or comments which can fall foul of the regulator.

This is more likely to happen on social media platforms as these are virtual, accessed in the solicitor’s own time and space. It can be easy to forget that solicitors are regulated just the same at 11pm on their home computer as they are at 3pm in the office or at court.

The SRA cites examples of such behaviour: using language which is intended to shock or threaten, and making offensive or abusive comments to another firm or about that firm its client, or to individuals who are unrepresented.

Importantly, these are behaviours that are not regulated by specific rules, they are areas of outcomes-focused regulation which require the solicitor to contemplate the SRA Principles and their own ethics.

These principles are all ethics, rather than rules, based.

By way of example, last month the Solicitors Disciplinary Tribunal dealt with a case where a Muslim solicitor publicly communicated anti-Semitic and/or offensive posts from his personal Facebook account. The solicitor had been admitted for 10 years before the incidents occurred, qualifying under the 2005 rules-based regulatory system.

A member of the public had complained to the SRA about the comment and had warned the solicitor that a report would be made. Having received a warning, the solicitor did not withdraw the comment or apologise, which perhaps on a proper reflection of what he had written he should have done. Instead, he replied: “Don’t read my comments if you don’t like them.”

The following year he posted further offensive posts and the SRA received complaints about them.

Anyone reading those posts would have been able to see that the person posting them was a senior solicitor and the name of the firm was visible. When the SRA wrote to the solicitor, he agreed that upon reflection the posts were offensive and he apologised for them. He did not agree that the posts were anti-Semitic.

The solicitor argued that the comments were made in his personal capacity and not in connection with his role as a solicitor. But principles 2 and 6 apply to a solicitor’s behaviour whether in or out of practice. The matter was referred to the tribunal, where the solicitor gave evidence that it had not crossed his mind that as a solicitor he should not be writing those comments.

This is where some training in ethical thinking could have given the solicitor pause for thought. Before he posted any comments, offensive or otherwise, he should have analysed the impact on the general public, the possibility that the regulator could be involved and the impact on his career.

The solicitor gave evidence that he had not considered the implications of whether any comments he made would be publicly available. He was also of the view that he had the right to freedom of speech, even if some people were offended by his views. The tribunal stated that “freedom of speech is not an unqualified right”.

As professionals, solicitors are held to a higher standard than others and he should have taken that into account at the time. The tribunal did not seek to restrict anyone’s right to free speech but the solicitor had stepped over the line by advocating violence and by doing so had acted without integrity.

“For the respondent, a solicitor, to communicate deeply unattractive views publicly (whatever his private thoughts) demonstrated a clear lack of integrity. It was incumbent to keep his extreme views to himself rather than express them in a public forum.”

The solicitor was fined £25,000 and suspended from practice as a solicitor for 12 months (a sanction suspended itself for 12 months). He was also ordered to pay the £9,595 costs of the application.

The warning notice followed the release of this decision and clarifies the views of the SRA.

Ethical thinking can be instilled by using examples such as the case above. In our book, we use many real-life SDT examples to see where other solicitors have made mistakes and what can be learned from them.

The SRA has ethics training materials on its website that can be download for in-house purposes. The Law Society has an ethics portal that is accessible on the practice development centre. Ignore the issue of ethics training at your peril.

Readers can claim 20% off the RRP of How to be an ethical solicitor by ordering the book via www.menaruparel.com/ethics and using code mrrb20. The book comes with a free online multiple choice quiz which can be used for learning and development purposes.