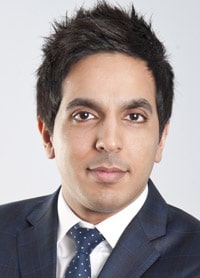 Anwar: only way to stamp out unregulated CMCs is to cut off the supply of people buying their leads

Claims management companies (CMCs) continue to generate negative headlines but all too often it’s a handful of rogue companies that give genuine legal services businesses like mine a bad name. This needs to stop. And here’s why.

Historically, it was too easy to become registered, which led to the proliferation of poor practice by some, and tarnished the reputation of the industry as a whole.

More than 1,000 CMCs have disappeared since the introduction of tighter regulation, namely the referral fee ban in 2013 and new authorisation conduct rules introduced in 2014. Clearly, regulation has been effective in stamping out some of the rogue traders and bad practice.

Carol Brady’s Independent review of claims management regulation, published in March, was another step in the right direction towards stamping out rogue traders and bad practice and improving the perception of the industry.

Among its many recommendations are recording client calls, being upfront about how CMCs can help claimants and other ways that they can make claims, and – critically – ensuring that directors are fit and proper persons and are held to account.

While most will see us as a CMC, and we’re regulated as a CMC, we prefer to position ourselves to the B2B market as a marketing collective. We invest heavily in marketing to encourage claimants to call us rather than us cold-calling potential claimants. We assess those potential claims to identify those that have a genuine case and pass these to our panel member firms who can help claimants to access justice.

Well-run, ethical businesses have nothing to fear from the recommendations – apart from cost, but I’ll come on to that – as these business imperatives are key components of well-managed businesses.

However, my one remaining frustration is that anyone can set up a legal claims business. They don’t need a background in law. When the sector first started to become regulated, I assumed – wrongly – that there would be a regulation determining a minimum legal qualification. I still regard this as vital assurance for panel member firms, claimants and other interested parties.

We regularly call for our regulators to better differentiate between those companies that help claimants to get justice and those that plague the public with nuisance calls and texts, usually focused on the latest mis-sold financial products. There’s a very big difference when you take complaints into account.

Only recently, the Legal Ombudsman found that 94% of consumer complaints in the first six months since it took on the jurisdiction related to financial services mis-selling. These businesses tend to pay their staff on commission for every call they convert into a lead. In the legal sector, the supply for nuisance calls and texts in personal injury claims appears to be the insurance companies but just as much to blame are some law firms which will pay for such leads. They need to take responsibility for what they are doing, because they are leading to the public being harassed.

All too frequently we hear people say that they log a non-fault accident where no one was injured and just days later they receive a call from a CMC enquiring about their accident and encouraging a claim for personal injury. This is not coincidental. An honest conversation needs to be had between all involved in personal injury claims to ensure that the public are treated fairly and that those who really need access to justice have that door opened.

We are also aware of some illegal CMCs operating outside of the UK and therefore outside of the very regulation designed to stop them. Our own experience tells us that the biggest culprits of cold-calling are unlikely to be registered claims firms. Many use untracked numbers and give very little away about the true provenance of the firms. Indeed, they often claim to be representing known brands.

Unfortunately, there is a real risk that such businesses will continue to fly under the radar of regulation and the public will continue to be hounded. Ultimately, the only way to stamp them out is to cut off the supply of people buying their leads. This is what feeds them.

A well-managed, ethical legal marketing service has nothing to fear from regulation but our concern is that those operating outside of current guidance will continue in the same way, while those that abide by the rules will be strangled by increased red tape and the cost.

Last year, the Legal Ombudsman requested an additional 54% in fees from us for 2016/17. We have invested heavily in the customer journey and there has not been a single complaint upheld against us in our nine-year history. We represent 0.1% of the total number of CMCs, yet are expected to contribute over 5% of the running costs of the Legal Ombudsman to handle complaints that don’t actually relate to us. The Legal Ombudsman’s own stats show where the problem lies.

Carol Brady’s report also suggested moving our industry’s regulation to the Financial Conduct Authority. Again, the biggest players will be expected to pay the largest price, despite financial companies raising the majority of the complaints.

Successful businesses that are a beacon of good practice, setting high standards in a much-maligned industry, and giving consumers genuine access to justice should not be expected to pay more than their fair share to tackle the continued poor practices of financial claim companies.

Until such time that the financial CMCs are properly penalised and held to account, we and other well-managed businesses in our industry will continue to wrestle with this tarnished image.