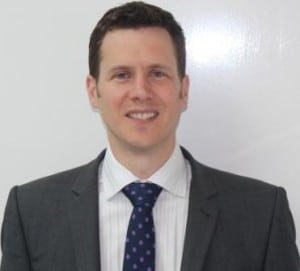 Makepeace: the phony war is over

Despite having recently blogged my belief that the criminal defence sector is at risk of collapse and despite the Lord Chancellor’s announcement on the future of criminal legal aid last Thursday not offering any cause for revising that belief, I found myself strangely elated about actually knowing (as opposed to guessing) the full horror that lies ahead.

In truth, that is because I have come to see the last few months of wrangling over cuts and the number of duty contracts as a bit of a phony war.

The latest response is actually, in my opinion, a brilliant piece of work. The highest priority for the Lord Chancellor was cutting the legal aid budget. He, one might say foolishly, committed himself to an ‘evidence-based’ approach – but only bothering to actually analyse the sector in any detail after the publication of two consultation documents, which were based on a wholly incomplete understanding of the sector.

On receiving the Otterburn and KPMG ‘evidence’ that the sector with cuts (with or without consolidation) was not actually viable, he implemented the only remaining option available, being to introduce the perfect compromise – a solution with which none of the polarised big/small factions of the supplier base are happy.

What he left on the table, though, was the maximum possible number of options and flexibility in terms of maximum number of duty contracts, unlimited own client contracts, ability to bid for multiple contracts, consortia etc. This is his only remaining card – if the financial models based on the evidence don’t work, let’s see if somehow miraculously the real market manages to sort the mess out.

I am left with the image of my six-year-old son, performing the exercise at his Saturday football class (why he does this at football, I don’t know) of throwing a ball in the air, clapping X number of times and then catching the ball. On failing the exercise, like the Lord Chancellor, he resolves to throw the ball higher next time, to give himself a better chance of completing the clapping bit.

Unfortunately, there is nothing about throwing the ball higher and clapping beautifully that can actually compensate for the fact that he can’t catch!

I digress. I almost forgot, I am elated… and on to the real battle. The truth is that in the big announcement nearly nothing has been decided about what the supplier base will look like (if it manages to catch the ball) and how the criminal justice system will work going forward. The devil will be in the contract criteria detail and there was very little of that in the response document.

For the purpose of this debate, I will over-simplify the conflict between big and small as one which is based on those firms which have developed some infrastructure and have invested in IT systems to make strides to digitalise services and those which are undeniably more profitable under the current contractual arrangements because they are devoid of the burden of such infrastructure costs.

I have very strong views as to which way of working is ‘right’. These are, regrettably, irrelevant.

However, there is a very clear direction of travel from the Ministry of Justice as regards digitalisation. This appears in the response document, the genuine strides being made through the CJS efficiency programme to facilitate digital working in courts and prisons, the faltering steps of the Legal Aid Agency to process legal aid applications digitally and so on.

The Lord Chancellor has also announced an efficiency review to be conducted by the high priest of reviewing important stuff, Lord Justice Leveson, which also has a specific brief to consider some of the tech-based solutions in finding efficiencies within the criminal justice process.

Now that the phony war has ended, the real issue is and always was this:

If the Lord Chancellor has any serious intention to drive through efficiency savings in the criminal justice process which might, just might, assist in enabling a viable supplier base to develop, then he must ensure that the existence of the two-tiers of contracting (own client contracts and duty contracts) does not result in the perpetuation of a two-speed adoption of digital working.

If the government is awarding contracts to work within the criminal justice system, then the requirements for the implementation of digital working practices must be robust.

Certainly the risibly irrelevant barrier to entry, that firms commit to having a secure e-mail address, is wholly insufficient. Particularly so when many practitioners seem to think that they have cracked the digital revolution by wandering around court with an iPad and version of iOS which is incapable of meeting the FIPS 140-2 level of encryption and data protection which is already a requirement, and a lot worse besides.

At very least, the requirements should be equal, so that a duty contract provider is not at a competitive disadvantage to an own contract provider by having to work to higher digital standards within the same criminal justice system, and by having to subsidise inefficiencies that will not be driven out of the system if swathes of the supplier base are working to different contract standards.

The phony war is over. The decisions regarding the detail of the contract criteria are really those that will define the shape of the supplier base in the future. If the Lord Chancellor is committed to the digitalisation and efficiency programmes that he has paid lip service to up until now, then robust digital contract criteria will have a profound impact on the shape of the supplier base going forward.

If he intends to just throw the ball up in the air high enough, so it doesn’t come down until after the next election, the chance to drive through real efficiency savings in the system through digitalisation will be lost – perhaps forever.