Drawing a line under boundary disputes? 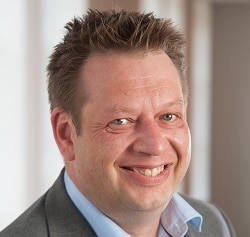 Jones: A property dispute is a very distinct creature

The Property Boundaries (Resolution of Disputes) Bill is currently awaiting its second reading in the House of Lords. So, is this the end of the court’s involvement in boundary disputes?

The notes accompanying the Earl of Lytton’s bill state its admirable intentions as being “to reduce costs and speed up the process for property boundary disputes”.

The hope is that it will also provide savings in judicial time by removing the majority of boundary disputes from the court process, with the draft bill also extending to determining the extent of private rights of way in some instances.

If it becomes law, all claims currently in the court process for trespass or obstruction of a right of way (where the precise location of the boundary or extent of the private right of way is at issue) will be stayed until the procedures set out in the bill are followed, with costs implications for those failing to follow the procedures before commencing proceedings.

Well intended and logical, certainly, but will it succeed?

Borrowing heavily from the Party Wall etc. Act 1996, anyone involved in dispute resolution on party wall matters will be familiar with the process and terminology of the new bill.

If the adjoining owner objects within 14 days or does not respond within that period, a dispute is deemed to have arisen. Both parties can then appoint a single ‘agreed surveyor’ or each party can appoint their own surveyor, who will in turn select a third surveyor.

The dispute is resolved by an award made by the surveyor or surveyors appointed and they will also determine who pays the cost. Once made, the award is deemed conclusive, although either party has 28 days in which to appeal to the High Court, which in turn has the power to rescind or modify the award. Like the Party Wall etc. Act, there are no specific grounds of appeal set out.

So is this the end of court involvement in boundary disputes? Well, no. The explanatory notes make it clear the bill does not seek to make expert determination legally conclusive.

There is nothing in there which would give the surveyors any powers to make an award that an adjoining landowner remove anything which is encroaching over the boundary line or obstructing a private right of way, or for that matter for the adjoining land owner to pay compensation if the encroachment were allowed to remain.

Further, a landowner who has a private right of way over another’s land but is not an adjoining owner would also not be able to use the process in the bill.

Whilst it is entirely laudable to try and remove boundary disputes from the court process, I perceive potential problems with the bill as currently drafted.

It is clear to see why surveyors are usually considered best placed to resolve a dispute between adjoining owners about how works on a party wall or excavations near neighbouring buildings should be carried out. The questions which need answering, though, are by their nature surveying questions: the what, how and when works are to be done.

A property dispute is a very distinct creature. For a start, identifying the conveyance or other instrument which first split the two parcels of land in dispute can be difficult or impossible because it often no longer exists.

If the conveyance is available, it needs to be interpreted. Is it the parcel’s clause, plan, both or neither which determines the land conveyed? If extrinsic evidence is to be used, which often it is, what weight needs to be attached to it?

Then there are other areas of law which affect a boundary dispute, from adverse possession to proprietary estoppel – none of which a surveyor is equipped to deal with.

There is no doubt that expert determination plays an important role in resolving boundary disputes but it is, at best, only one part of the jigsaw. However, I am optimistic that this bill, if enacted, does represent a step in the right direction.