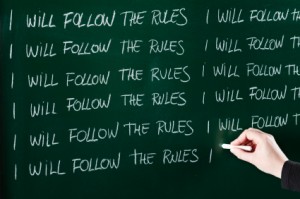 In the week when alternative business structures finally get going, albeit in a limited way, we can expect all the focus to be on this most exciting aspect of the Legal Services Act, with perhaps a bit for the Legal Ombudsman, celebrating its first birthday tomorrow.

But I have been keeping an eye on the third limb of the Legal Services Board’s (LSB) initial three priorities for its first three years – ensuring the independence of regulation within those approved regulators where there is also a representative function (which is all of them except the two pure regulators, the Council for Licensed Conveyancers and the Faculty Office).

The LSB’s internal governance rules (IGR) set down a range of structural and functional standards to underpin independent regulation, such as budget-setting for the regulatory arms, lay majorities on boards, shared services arrangements and the ability to shape strategy. Each year, the approved regulators and their regulatory arms have to review the arrangements and submit a dual self-certificate of compliance, which is then discussed with and eventually approved by the LSB.

The LSB’s business plan notes: “These are statutory rules and, whilst compliance is non-negotiable, we will be proportionate in assessing how they are delivered and upheld by each approved regulator.”

Anyway, draft certificates were meant to be submitted by the end of April, and were signed off for the Institute of Legal Executives and the small regulators pretty quickly. The Bar Council/Bar Standards Board (BSB) took some time to sign off, but eventually came in just before the LSB’s own deadline of the end of September – as I reported last week, the Bar is not compliant but the LSB can live with it for the time being.

That leaves, perhaps unsurprisingly, the Law Society/Solicitors Regulation Authority (SRA). The LSB has been unforthcoming as to the cause of the delay in signing off their certificate, although various board papers in recent months make reference to unspecified issues that require “an extended period of contemplation”. The most an LSB spokesman would say yesterday is: “We expect final proposals from the Law Society and SRA very shortly. These are the subject of current consideration in the senior governance mechanisms of both bodies.” (Last year, the first year of this process, the society’s certificate wasn’t signed off until November.)

It is certain that the Law Society will be non-compliant with the rules, if for no other reason than the failure to deliver a lay majority on the board of the SRA before 2013. Further, the LSB has previously expressed concern at what it considers the complex arrangements between the Law Society and SRA. These, I suspect, reflect both the inherently bureaucratic nature of the Law Society and the ongoing tensions between the society and its regulatory arm.

In 2010 the LSB flagged up that this year’s certificate process would focus less on the arrangements on paper and more on how they are working in practice – it would be worrying if how they are operating is why there has been a delay.

Last year it looked to me like the LSB flunked the IGR test, wilting in the face of legal threats by the Law Society if it were to push the lay majority issue despite strident calls from the Legal Services Consumer Panel to show strength over the issue. I suspect we will get a similar result this year – the LSB will talk about how it took a proportionate, risk-based approach, while the Law Society and the Bar Council will continue not to be compliant. Perhaps the society, like the Bar Council, will get a “next year is your last chance” warning.

The LSB will eventually get its way, I guess – compliance is “non-negotiable”, let us not forget – but I don’t understand why this could not have been done quicker (then again, fleet of foot is not a phrase I have come to associate with the board). For example, it has this year raised concerns over the BSB’s access to resources, which is of fundamental importance. Why should we have to wait another year to know this issue has been resolved?

Ultimately, however, this is about symbolism more than anything else. If the SRA or BSB were genuinely having problems with their ‘parent’ bodies, I imagine they would blow the whistle to the LSB pretty sharpish (I understand the SRA has come close to doing this in the past, in fact).

But symbolism matters given that this was a fundamental pillar of the Clementi reforms (the fabled B+ model for those of you with longish memories). It doesn’t look great to have the legal profession’s two biggest regulators non-compliant with the IGR, but the LSB seems prepared to tolerate the situation for some time to come.