Do the courts favour the party with the largest pile of chips? 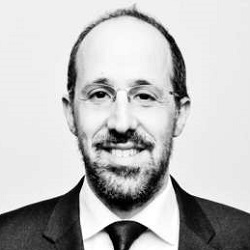 The English courts have expressly stated that “it is a principle of our law that every citizen has a right of unimpeded access to a court”. This is supplemented by the right to a fair hearing enshrined in article 6 of the European Convention on Human Rights.

Readers will be aware of the key role that litigation funding and the insurance market play in group litigation, assisting individuals who may have limited resources to pursue a claim.

However, the imbalance between cost protection and access to justice has led to increased frustration for claimants, particularly in the context of funded group litigation.

Whilst after-the-event insurance (ATE) is primarily designed to protect the insured from any adverse costs payable to an opponent in litigation or arbitration, a by-product is that it can also be deployed as security for a defendant’s costs. But unlike cold hard cash, ATE is not of itself always enough to defeat an application for security for costs.

So, how does ATE insurance work in funded cases when it is used as security for costs for a defendant? Who bears the financial risks when David is taking on Goliath? Where do the cards fall and does the court favour the party with the largest pile of chips?

The first important reported case in which the English court confirmed that an order of security for costs could be made against a litigation funder in the context of group litigation was that of Hildyard J in the RBS rights issue litigation, the jurisdictional basis for such a position being rooted within CPR 25.14.

More recently though, in the Ingenious litigation, a case involving over 500 claimants (mostly funded) seeking to recover significant losses arising from the Ingenious film scheme, the defendants’ application for security against one of the litigation funders under CPR 25.14 forced Mr Justice Nugee (as he then was) to re-examine various points of legal principle.

In doing so, he had to address an important matter in dispute – namely, whether there was a real as opposed to a fanciful risk that defendants will not be paid if they succeed in obtaining a costs order against the claimants.

In determining this issue, the judge considered each of the sources from which the costs orders might be paid which included, but was not limited to, the various ATE policies in place.

Ultimately, Nugee J found that the relevant ATE policies in question provided insufficient protection against the risk of the policies not responding, raising concerns such as: 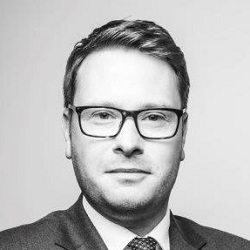 As matters stand, the only option available to claimants is the purchase of an anti-avoidance endorsement or deed of indemnity to ensure that the insurer cannot avoid or terminate the policy and which in effect guarantees settlement of claims up to the limit of indemnity.

But there is a significant additional monetary cost to this ‘enhanced’ product. Whilst insurers would say this is considerably cheaper in funded litigation than forcing a claimant’s funders to pay money into court, it is a considerable further expense which cannot be recovered as a result of the Jackson reforms.

It is therefore an expense that is carried by the claimants and eats into possible recoveries.

The inadequacy of the position is compounded further by the fact that, save in rare and exceptional cases (which it would seem are even rarer in the context of funded litigation following the decision of Popplewell LJ in another Ingenious litigation ruling this year), a defendant who wants security for costs will not have to provide a cross-undertaking in damages as a condition of security.

This approach only imposes additional costs on claimants and funders, and invariably makes the funding of claims more expensive. This has a knock-on effect and limits access to justice to cases where claim value is large enough to withstand the additional costs.

Is this consistent with the stated aim of giving all claimants “unimpeded access to a court”?

Peters & Peters is acting for some of the claimants in the Ingenious litigation.