Do not adjust your set 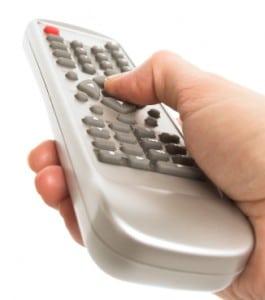 Turn on: the QS advert sent a strong message to viewers

QualitySolicitors (QS) founder Craig Holt has been in an understandable lather over the past couple of days, providing his followers on Twitter with a near-hourly countdown to the screening of QS’s first ever television advert, shown at 8.40pm on ITV1 last night. Not for QS a cheesy advert on a dodgy satellite channel at a time when only the retired, ill and workshy lazing on their sofas are around to watch.

I have to say I was impressed – if you missed it, you can see it on the QS website here. I don’t say that because QS is a Legal Futures Associate, or even because it simply looked good. While I’m sure Lockings, Howlett Clarke and Burroughs Day were thrilled to see their names picked out for the advert, what I really liked was the message that firms only become (and presumably stay) QS members if they get the thumbs-up from their clients – ‘Chosen by you’ is the tagline.

The idea that it is the client who is ultimately in charge is a clever one because it subverts what I’m sure is most people’s expectation of their relationship with a solicitor and so makes QS an appealing option for those needing legal help. The way the firms are rebranded on screen to embrace the QS logo implies that these are practices that have bought into this and adopted a way of doing business that is consumer friendly.

I suspect that I am getting a bit overexcited by the advert simply because it is streets ahead of anything I can think of that came before from any other law firm or claims company. But then, given that to date advertising of legal services has generally been utterly woeful, this is to damn with faint praise.

But TV advertising, however slick and well thought-out, will only get QS so far. The website, for example, is slightly confusing in that when you search for QS lawyers in certain areas, different types of results are thrown up, reflecting that there are currently different levels of membership. I understand that this is to change over the coming months as more firms take on the QS brand.

But more importantly, now is the time for the firms in the network to live up to the promise and deliver their services in the more consumer-focused manner promised. There is clearly a lot at stake for them, but having chosen to subsume their brands into QS (even including their URLs in some cases), their commitment to the concept is unambiguous. Good luck to them.

Perhaps appropriately, the advert was shown during ‘Who Wants to be a Millionaire?’. QS and its member firms have got some of the way up the ladder, but there is still a distance to go before they hit the jackpot and the questions asked of them will only get tougher.