Do estate agents and conveyancers get on yet? 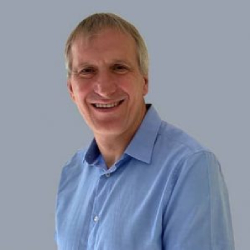 Mathias: You can change the way you do things

The quality of service that conveyancers provide can make or break a deal for estate agents. The pressure on conveyancers to deliver a fast and efficient service is not abating.

Couple this with a pandemic, hybrid working and stamp duty holidays, and it is clear to see why the industry and its fee-earners are at breaking point.

The same, of course, can be said for estate agents, often the front end of the house moving transaction. But how can we have harmony between the two – the greater good for the seller and buyer?

Is the love lost between the two industries or by this year’s Valentine’s Day, will there be some amour shared?

The 1993 Film starring Bill Murray is a family favourite and it is fair to say that it truly feels like Phill Connors must be making a comeback when you read some of so-called initiatives to improve the relationship between Estate Agents and Conveyancers.

Over 11 years ago, LFS hosted a conference in Coventry to bring together the two factions to see what could be done to help improve the situation for the benefit of all but in the main, of course, the poor old home mover.

Both sides are striving to achieve the same thing, right?

What did we achieve? Well, it would appear not a great deal. It would have been easier to sort Brexit than get agreement on how these two groups of professionals can actually work in a harmonious manner.

Things seem to have come to ahead after the busiest year conveyancing has possibly ever had, with transaction levels close to 1.5 million for the first time many can remember and significantly above the long-run average of 1.1 million.

The most damning fact is that transaction times have been growing, with the current average somewhere between 17 and 22 weeks, depending on where you are in the country. This is significantly longer than 2011, when times were closer to 12 weeks.

What has changed and what can be done ?

Well, first of all it should be noted that in 2011 a new Conservative government had just come into power and wanted to make some immediate changes to show it meant business. Its first call was to scrap home information packs (HIPs).

Now, while many applauded this as getting rid of red tape, the reality was that, despite terrible PR, a botched start and a lack of regulation, HIPs were achieving several key benefits which were simply brushed under the table. They were, in no particular order:

All these factors meant that transaction times were being squeezed and there was significant evidence at that time, produced by Connells, that the average time from sold subject to contact to completion was between eight and nine weeks.

Over 10 years later we now have online forums like ‘When conveyancing goes rogue’, where home buyers moan about the service they receive, in the main because of a lack of communication and the time taken to complete.

We have the Groundhog Day of a new forum to explore these issues, the Home Buying and Selling Group, looking at all manner of technological and process improvement but without any real sign of success after several years of trying.

In fact, the Property Ombudsman report from 2020 said it received just under 40,000 enquiries and complaints, of which 5,122 were eventually accepted formally as complaint cases to investigate. This was 29% up on 2019.

As in previous years, communication and record keeping topped the complaints. It will be interesting to see what the 2021 report has to reveal.

Both parties have had it tough

Already early into the new year we have seen lawyers suggesting they should be come estate agents.

Whilst estate agents’ individual transaction fees may well be 1-1.5% of the property value, their overall margin on selling houses is not great at all. If the market contracts in the next year or two, many agents will throw in the towel with increased competition from the online agents and increased costs from Rightmove, staffing and regulation.

On the other side of the coin, conveyancing is especially tough. There is a clear lack of experienced conveyancers and those who remain want higher and higher salaries.

The regulation is suffocating, brought on by lenders with increased requirements to mitigate past losses and by criminals who see residential property as an easy way to launder illegal profits or dupe the unsuspecting out of large sums of money.

Inaction is in fact action. As mentioned, there has been much conjecture about how we can improve things, but truly no actual action.

Back in July 2020, at the height of the pandemic, major northern estate agent Ryder & Dutton took matters into its own hands and started a contract ready scheme. Sellers instructed law firms when the house came on the market, forms were completed, ID taken and searches were instructed.

According to Ryder & Dutton, the panel firms have been brilliant and fully engaged with the project.

All should be aiming for one goal – happy home movers.

The big winners have been the clients who have seen fewer delays, shorter transaction times and less duplication of effort.

It proves you can change the way you do things, but there has to be commitment and desire and not waiting for government, regulated bodies or well-meaning trade bodies to tell you what to do. Just get on and make things happen, rather than expecting others to do it for you.