Deregulation: Too much of a good thing? 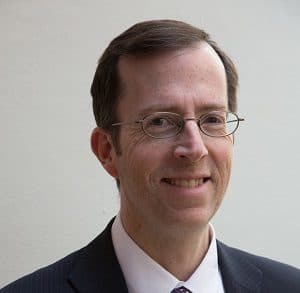 driving force “not coming from consumers”

There are a lot of things that lawyers and the government do not agree about. One area where they do, generally speaking, is the need for deregulation. The ‘legal regulators’ (this now includes the Institute of Chartered Accountants in England and Wales) were keen to show just how much they agree in the three reports sent by the Legal Services Board to justice minister Shailesh Vara this week.

Nobody, I hope, disagrees with sensible minor changes that make life simpler. There may be some lawyers out there who enjoy complexity for its our sake, but outside certain tax departments, they are probably a dying breed.

So it is difficult to argue against suggestions, agreed by all the legal regulators, for minor changes to the Legal Services Act that make it easier to regulate alternative business structures – as long as they are not given privileges denied to other firms.

The same is not true for the plans, by the Solicitors Regulation Authority, to allow law firms to ditch their client accounts, which has stirred up strong opposition from the Law Society among others. The fact that this was the subject of a separate report to Mr Vara says it all. Although the report was balanced, and gave the arguments for and against, the arguments against were the most striking.

Among them was that the SRA may have less power over third-party account providers to require ‘actions’ or ‘information’; further, it would be more difficult to check on the provider’s financial stability and clients may find themselves with a less generous compensation scheme. Not to mention the cost. This was expressed in the report as the danger of “loan repricing” for firms which abandoned their client accounts – in other words paying a higher rate of interest.

There may be some benefits for a small number of specialist firms in dropping their client accounts. However, the regulators themselves have now highlighted the dangers. The SRA’s consultation proposals were fairly brief and bundled up with a number of other things. Perhaps a better way forward would be to produce a separate consultation, as the Law Society suggested, with detailed research on the impact.

There is something slightly unhealthy about the current enthusiasm for deregulation. The driving force is not coming from consumers. Quite the opposite in some ways, as deregulation is sometimes justified as a way of softening the blow of public funding cuts. Some ideas, such as abolition of the ban on referral fees in criminal legal aid cases, seem designed only to make people angry. Others, like the regulator’s planned indemnity insurance reforms, which have had to be rethought, raise genuine fears of a race to the bottom.

Given all the changes which are definitely taking place, such as reform of the separate business rule, the new approach to training and need to do something about the Accounts Rules, perhaps it’s time to do what journalists normally hate and kick a few of the less important things into the long grass.