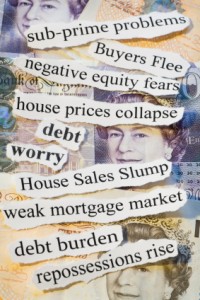 We should have seen it coming, really. The last two property crashes and the wave of claims against conveyancers they brought in their wake broke the system for solicitors’ professional indemnity insurance (PII) – first the master policy and then the Solicitors Indemnity Fund (SIF) – and so here we are again contemplating radical reform.

While there are those who believe we will, sooner or later, go back to one of these options, that is not on the agenda at the moment. Instead the plan evinced by the Solicitors Regulation Authority’s (SRA) consultation paper is essentially to strip away those elements of the current regime which replicate the gold-plated aspects of the SIF – you can understand why, for example, insurers have long complained that this is the one market which doesn’t allow them to cancel policies for non-payment of premiums or fraud/misrepresentation in proposal forms.

So, if all of the proposals for the two waves of reform in 2011 and 2012 are put in place, the assigned risks pool (ARP) will no longer enable firms that cannot find cover to continue practising; instead it will be there primarily to provide them with run-off cover as they wind down. The ARP has simply not achieved its goal of rehabilitating firms.

Undoubtedly the most radical suggestion is to remove first financial institutions and then all corporate clients from the scope of the minimum terms and conditions of insurance, meaning that solicitors and such clients will be free to negotiate whatever cover they wish. The persuasive rationale is that these are clients who do not need the protection of compulsory insurance – indeed, it can become a point of competition between firms.

The reason the SRA is not moving to the corporate client exception at once is the difficulty of defining exactly who a corporate client is for these purposes. Consultants Charles River Associates recommended that micro-enterprises should not count – this is an EU definition (used among others by the Legal Ombudsman, which accepts complaints from such businesses) that means fewer than 10 staff and a turnover or balance sheet total of £2m or less.

For financial institutions, obviously read lenders. The SRA believes this plan will benefit the 36% of firms that do not undertake conveyancing, will drive out the “dabblers” and reduce the number of firms falling into the ARP. The Law Society’s immediate response was to oppose it because of the impact on conveyancing firms, and followed it with comments from former president Paul Marsh in today’s Gazette, who warned apocalyptically about potential disaster and that it would hand control of the market to lenders and insurers.

One would expect such a reaction from solicitors’ trade union, but then lenders already control the market – as their increasingly regular panel culls of small firms prove – and so will this actually make that much difference? Tails never do wag dogs, however hard this one is trying. The only obvious way to reverse this would be to ban dual representation of lender and borrower, and although that is what they are looking at in Scotland, I can’t see the objective evidence of market failure that would justify such a move south of the border.

The other big issue is the ongoing complaint by black and minority ethnic firms that the insurance industry discriminates against them. The SRA’s hope is that abandoning the single renewal date and spreading renewal out across the year will give insurers more time to look at the particular circumstances of small firms and not treat them in a broad-brush manner necessitated by all 10,000 practices firing in their proposal forms over an eight-week period.

But the big picture here is the SRA’s move to outcomes-focused regulation and a regime that concentrates on those areas where it identifies risk. This will not be the last time where it upsets the status quo. Solicitors had better get used to it.