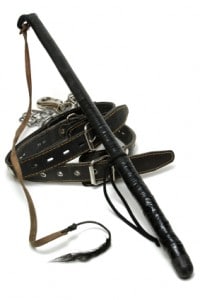 It has been gratifying that both the national and legal media have at last caught up with the series of revelations that Legal Futures has been reporting on since March over problems with the Bar’s disciplinary regime. Last week, suddenly, it featured on the Today programme, as well as in The Times, which in turn woke up some legal rags to what has been happening.

As those who have seen the coverage here and elsewhere will know, there are several entwined issues, starting with the failure to reappoint tribunal members who continued to sit after their period of service expired, and possible conflicts of interest for those sitting on tribunals while also members of Bar Council/Bar Standards Board (BSB) committees. They have then moved on to more general criticism of the transparency or otherwise of the whole system, such as the role of ‘sponsor’ barristers, who investigate cases on behalf of the BSB before presenting recommendations to the professional conduct committee.

I always go for cock-up ahead of conspiracy and the appointment issues, it seems to me, are plain cock-up largely to be laid at the door of the Council of the Inns of Court (COIC). This is a body that sits largely in the shadows and has had to be pulled out of them kicking and screaming over this (at one point in my lengthy efforts to contact COIC I had the phone put down on me with a “You should take the hint that nobody wants to talk to you”). I think the BSB is less than impressed with the mess COIC has landed it with.

It is important to emphasise, however, that as yet I have seen no evidence that any of the 600-odd barristers potentially affected by appointments problems have suffered actual prejudice; there may be a problem with perception of bias, which could have the same legal effect of undermining a tribunal’s finding, but it is a significant distinction. Plus we recently had the Visitors to the Inns of Court (some of the terminology makes you feel like you’re living in the 19th century) recently deciding that the reappointment problem did not invalidate a tribunal’s findings.

I think the conflict of issue point might prove a little tougher when that comes to appeal, not least because the Bar was on notice. In the 2005 case of Re P, the Visitors found that a lay member of what was then (in pre-BSB days) the Bar Council’s professional conduct committee could not also sit as a tribunal member. While what has happened more recently is nowhere near as obvious a conflict as acting as both prosecutor and judge, there are close enough analogies to make you wonder what COIC and indeed the BSB were thinking.

I’m not enough of an expert on the internal workings of the Bar’s disciplinary system to judge whether it is sufficiently transparent, but the whole fuss certainly puts wind in the sails of the Legal Services Board, which is reviewing the disciplinary and appeals regime across the profession and seems keen on the idea of unifying the various arrangements currently in place. With ongoing differences between the various disciplinary tribunals over the burden of proof, for example, this certainly has some attraction at first blush.

On a related note we have the Solicitors Regulation Authority (SRA) pushing to be allowed to fine law firms up to £250m and individuals up to £50m, to bring them into line with the regime that already exists for alternative business structures. But what impact will this have on the Solicitors Disciplinary Tribunal (SDT)? The most frequent sanction applied by the tribunal is a fine and one imagines that in such a scenario the SDT changes form into a body that deals only with those solicitors whom the SRA deems should be struck off or suspended, or those who appeal against an SRA sanction.

Unsurprisingly, the SDT will not tell me their view on the SRA’s proposal but I understand they have told the Ministry of Justice that, equally unsurprisingly, they are against it. I’ve blogged recently about the SDT’s aversion to the sunlight, and only last week the newly appointed president of the SDT politely declined my request for an interview.

But arguably the most serious example of a lack of transparency is the SDT’s failure to publish indicative sanctions guidance. This was specifically criticised by the High Court in March 2011, but so far as I’m aware (and it may simply be that they haven’t told anyone), there is no sign of the SDT responding positively. My impression from reading some of these cases is that the SDT and other tribunals are not particularly consistent when it comes to sanctions. It again backs up the need for the Legal Services Board’s current review.

For most, this end of the disciplinary system is nothing more than a voyeuristic game of spotting struck-off lawyers they know, but it goes to the heart of public confidence in the legal profession. It is something the Legal Services Board is right to tackle.