Covid a year on: My overwhelming emotions were fear… and sadness 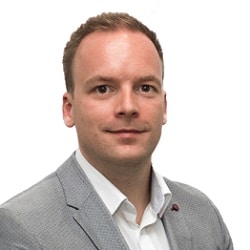 Harper: For too long mental health has not been discussed within the business community

It is 48 hours I’ll never forget. I’d spent the weekend completing a major new deal for my firm when I turned on the TV news on 23 March 2020.

Like everyone else, I listened to what was being said in disbelief. It was obviously a watershed moment for the country. But I don’t think anybody, initially, realised the impact of what the Prime Minister was saying was going to have on businesses.

It wasn’t until the following day, and the days after, that it started to become clear. Email after email started to land from clients asking to put work on hold. Others, who we had hoped to start new business with, were saying they needed to press pause.

New business leads and enquiries basically stopped coming in. There’s no doubt I felt a sense of panic. I barely slept in those early days.

I felt two main emotions. Fear and an overwhelming sense of sadness. Fear that this was undoubtedly the toughest challenge as a business we’d ever faced since setting up in 2014.

And sadness that all the hard work and all the success we’d had was at risk. And sadness for all the other businesses, particularly those we were working with, who were suddenly facing such a tough time.

On a personal level, it has been really tough. I’ve always seen myself as a very resilient person but there have been one or two moments that stand out as particularly hard.

I tend to keep a lot of my worries and stresses to myself and try to ensure I don’t pass any of it on to my family. But the pandemic has made it harder to separate family life from work life. And running a business, particularly as a sole founder, can be a very lonely place.

That’s why I think it is important to have people around you with whom you can share any concerns you might have. When you do, you often see you are not the only one going through it.

The shock I experienced lasted for a couple of weeks. But this soon transformed into resilience.

In many ways, the pandemic has created opportunities in many different areas, particularly around tech and innovation.

And we’ve been able to benefit by providing the legal support many other companies have needed to grow in unprecedented times. But I feel so much sympathy for businesses who have had to spend much of the past year shut down and unable to trade.”

With this in mind, Harper James has this week produced a special report examining the impact the pandemic has had on businesses at each stage of their lifecycle. We wanted to better understand the impact.

And the overwhelming conclusion of our report is that everywhere you look, the mental health of those running businesses has been affected. One of our clients, Healingclouds, which provides private counselling support to many businesses, explains how demand for the specialist help it provides has increased by more than 70% in a year.

This underlines how many people are reaching out for support. And it is vital we provide it.

Entrepreneurs are the lifeblood of the UK economy, so ensuring they have the support they need to cope in the weeks and months ahead will be absolutely vital.

For too long mental health has not been discussed within the business community, so this is a very important and timely conversation to be having.

The government obviously has a massive job in rebuilding the economy and supporting businesses who have faced such a challenging year will be very important.

But it’s vital too that those in charge of government policy show awareness of the impact the last 12 months has had on the mental health of those running businesses.

For many it will be a long road back.