Compliance: what to expect in 2015 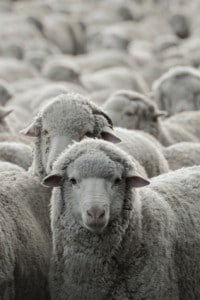 No time for gamboling this spring

What’s your favourite time of year? Mine is April: the season of bank holidays and daffodils, lambs gamboling in the fields, shorter nights and longer days, the first real feeling of sun on my bones, birthday relaxation in Scotland without a midge in sight and (almost) the end of the football season.

Other are conspiring against me—the Solicitors Regulation Authority (SRA), the government, the Legal Services Board, the Legal Ombudsman, HM Treasury and even the European Commission. Think I’m paranoid? Well, read on…

The stand-off between the Financial Conduct Authority (FCA) and SRA is fast coming to a head, with the SRA threatening to leave the FCA holding the consumer credit baby.

I don’t have time to do the subject justice here, but it boils down to what type of consumer credit activities fall under the exempt professional firms (EPF) regime. The root of the problem is badly drafted legislation and, to be fair, the SRA has repeatedly asked the FCA and Treasury for clarification.

Something has to be done, that’s for sure. The SRA’s latest tactic is to consult on removing consumer credit from the EPF regime from 1 April 2015. If that happens, thousands of law firms will have to apply to the FCA for authorisation to conduct a whole host of business-as-usual activities such as:

Getting yourself regulated by the FCA means two things: money and hassle.

And the good news just keeps rolling in. The FCA operates an ‘in for a penny, in for a pound’ regulatory regime. As soon as you’re in the FCA’s fold for consumer credit, you have to be FCA authorised for all the other incidental financial services you currently conduct under the EPF regime, eg insurance mediation. But you’ll still be regulated by the SRA for your legal business, so you get to be dual-regulated—two for the price of two.

The Legal Ombudsman has apparently suggested law firms that become dual regulated for consumer credit work should issue two retainers. That won’t be confusing at all.

Phase 2 is just around the corner. You can opt to move to the new competence-based training regime from 1 April 2015. The April Fool’s joke? The SRA won’t commit to what the new regime involves until April 2015.

Admit it, you’d feel short-changed if I didn’t harp on about anti-money laundering (AML).

It’s probably a good idea to set some time aside in, oh, about April to review your AML procedures in the light of some new legislation:

Keep an eye out for our financial crime prevention special in the next couple of months.

While you’re twiddling your thumbs this April, don’t forget to submit your diversity data. The SRA’s still tinkering with the reporting portal but the deadline is expected to be… April. You’re going to have your hands full then, so why not start collecting your diversity data now, using last year’s form.Make sure your accountant is aware of proposed changes to the accountant’s report form, expected (you guessed it) in April.Other agenda items for 2015’s most congested month include:

This isn’t an April compliance shower, it’s a torrent.

If none of this fazes you because you live for the summer, don’t be too hasty to crack open the factor 15. Can you afford to cruise the Caribbean while competitors capitalise on the separate business revolution? I’ll be writing more on that very soon.And, while half the profession is snoozing in Spain, someone has to respond to the SRA’s summer/autumn consultations on a radical simplification of the SRA Handbook and a major overhaul of the SRA Accounts Rules.The last time the SRA embarked on this sort of exercise, we got outcomes-focused regulation.Enjoy the rest of winter. It’ll soon be spring.