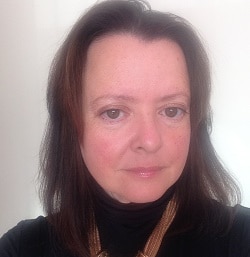 Hogg: Questions need to be asked

I have the Countdown app on my phone and I do OK on the numbers round. I reckon my arithmetic isn’t too shoddy, but some of the Solicitors Regulation Authority’s (SRA) calculations are beyond me.

The Legal Services Board (LSB) recently approved the SRA’s proposed changes in respect of professional indemnity insurance; firms abandoning SRA regulation in favour of another regulator will not be required to put run off cover in place.

It is not the issue of indemnity insurance anomalies that I plan to address in this piece (though it does concern me). Rather, it was a comment about the compensation fund that stood out for me.

This leads me to ask: how does the SRA calculate the risk posed by a firm it no longer regulates to the compensation fund? It appears to me there is a risk that, years after a firm has left SRA regulation, and ceased to make any contribution to its compensation fund, those who remain regulated by the SRA could be left to foot the bill for any misdeeds by the former SRA firm.

Assurance given by the SRA to the LSB in relation to the application to amend the indemnity insurance rules seem even less assuring when considered in the context of the SRA’s recent management of the compensation fund.

On 31 May 2017, the SRA announced a 42% drop in claims on the fund and said contributions for the forthcoming year would therefore remain static, £548 per firm and £32 per individual.

At the time, SRA chief executive Paul Philip said: “We monitor the market closely so that we can be confident that the fund can meet the demands made upon it.”

When announcing the increases the SRA made reference to one case involving investments in Brazilian property and another involving diamonds. It seems likely that these cases were Fraser MacNamara/Sanders & Co (SDT Ref 11440 – 2016) and Naresh Chopra (SDT Ref 11527 – 2017).

In both cases it is clear from the rulings that the SRA was aware of the activities of both firms since 2014 – so long before the May 2017 announcement and also in September 2016 when the Compensation Fund Financial Statement 2015 was presented to the SRA board (back in the good old days when board meetings were a public affair).

At that time, no mention was made of potentially high-value claims on the fund. But suddenly in October 2016, the SRA board approved the minutes of the September 2016 meeting and considered a report on the risks associated with Solicitors being involved in investment schemes.

That report, prepared by SRA executive director David Middleton, included a hyperlink to a local newspaper report about Sanders & Co. The same report also referred to cases where insurers had aggregated professional indemnity claims and the level of claims had exceeded the level of indemnity available under the policy.

So seven months before the May 2017 announcement that all was well and contributions would remain static, senior management and the SRA board were discussing the compensation fund and solicitor involvement in investment schemes.

In time it may well transpire that the compensation fund does not pay a single penny in relation to any of these cases but it seems imprudent, to say the least, to ignore such significant contingent liabilities.

The first of many rises?

That 2015 financial statement does not give a breakdown of contributions payable by firms and individuals. Total contributions are approximately £9.1m and if, for the purposes of discussion, you apply a 42% increase to that figure, you get total contributions of £12.9m. The balance held at year end 2015 was £44m, making a total of £56.9m.

This is clearly a very large sum of money, but is it large enough?

The report presented to the SRA board in October 2016 stated that the SRA is “aware of continuing cases in which the apparent consumer losses total over £100m”. Is this rise in contributions of 42% the first of many rises to come?

It may have been possible to gain a better understanding of the current position had the SRA made the Compensation Fund Financial Statement for 2016 a matter of public record as it had done with the 2015 statement. However, the minutes of the SRA board meeting held on 31 May 2017 state simply that the 2016 statement was “considered and approved”.

No further comment was made either in the minutes of that meeting (the same meeting that approved proposal to increase contributions) or in the chief executive’s report to that meeting.

The impact of regulator switching

Here is another mathematical problem for you to consider. Information extracted from the Council for Licensed Conveyancers’ (CLC) website indicates that it had revenues of £3.5m in 2016 and projected revenues of £3.3m in 2017.

Whilst not insignificant sums of money, they are a drop in the ocean when you consider that the costs of the infamous Wolstenholmes case; in October 2014, Gordon Ramsay, director of legal and enforcement at the SRA at the time, said the compensation fund had paid out in excess of £13m on it.

Further, the CLC regulates conveyancing and probate activities and there is no escaping the reality that both are high risk activities in terms of compensation fund arrangements, although the CLC says that the experience to date is that fund is appropriately and proportionately provisioned for the firms under its regulation.

One other interesting point that emerges from the minutes of the SRA board meeting in September 2016 was that the SRA has taken legal advice on the status of the compensation fund and that advice concluded that it was not a trust but “a fund created by statute”.

In relation to that legal advice, the minutes recorded: “Paul Philip said that the key point was that the money collected by the fund was used for a specific purpose and so was not consolidated into the Law Society accounts.”

Two questions follow. First, is the SRA firing a shot across the bows of the Law Society as regards who gets to keep the compensation fund if and when the SRA breaks free? Second, what is the fund’s purpose?

Over and above the likely bun fight between the SRA and Law Society in relation to the compensation fund, there is a need to revisit and reconsider compensation arrangements across all regulators in light of the recent and proposed regulatory changes.

It is not beyond the realms of possibility that a firm may move from the SRA to the CLC only for it to transpire that the firm was involved in a major investment fraud resulting in £20m in compensation fund claims.

If 50% of the claims related to the period that the firm was regulated by the SRA, then it appears likely that the SRA Compensation Fund would be able to meet those claims. However, based on current information, it appears unlikely that the CLC would be able to meet that level of claims, meaning that clients of the firm in the period that it was regulated by the CLC may have a less favourable outcome.

The CLC says that this hypothesis does not take account of the co-operation that goes on between the SRA and CLC, and also, before approving any transfer, the work the CLC puts in to satisfy itself of the firm’s regulatory history.

But now ask yourself this very interesting question – what if all the individuals running the firm whilst it was CLC regulated were practising solicitors?

In such circumstances, even though the individuals who presided over the fraud whilst the firm was CLC regulated are individually regulated by the SRA, the clients of the firm in the period it was regulated by the CLC would not have access to the SRA fund (though ultimately whether any fund is sufficiently big ultimately depends on the number of claims on it).

Imagine you were a lay client who lost money as a result of a fraud by a solicitor: the SRA was happy to see that solicitor prosecuted and struck off for dishonesty, but did not offer you one single penny in compensation.

As firms move from regulator to regulator, the LSB needs to do more than just check that the regulator has a compensation fund. It needs to assess whether or not the fund is appropriate to the types and number of firms regulated and has adequate resources to deal with the potential claims.

Admittedly this is no easy task, but with the interests of consumers at stake it is essential.