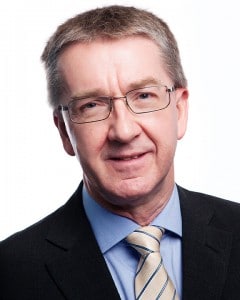 It was probably inevitable that clinical negligence cases would become the next battle ground in the post LASPO world. After all, the amounts of money involved in compensating victims of negligence and their legal representatives are huge – £1.2bn in 2013/14. According to the National Health Service Litigation Authority (NHSLA), some £250m of this was paid out in legal costs, £175m of which going to claimant lawyers.

So, surely the need to reform is self-evident?

Buried amongst the big numbers are some interesting facts. Obstetric cases account for a significant proportion of the claims bill and I don’t think many would argue against babies with brain damage being properly cared for.

As for the balance, this is compensation paid to claimants who have successfully proved that the standard of care they received was unacceptable. The individual amounts involved have usually been carefully scrutinised by both sets of legal representatives, and perhaps the courts, before being paid.

So, if the victims of clinical negligence are being properly compensated in our adversarial system, where’s the problem? Or, more pertinently, where are the savings to be made?

Lawyers are an easy target – after all, who’s going to feel sorry for them? But isn’t there a danger that moving to reduced, fixed costs – as the government will shortly consult over – will backfire and actually increase the number of cases being brought, rather than reduce them? There’s no shortage of potential cases out there but presently only a fraction find their way to a claim – the majority are filtered out by lawyers who can afford to provide this valuable service.

Move to reduced fixed costs and a different business model may emerge. For example, is the NHSLA geared up to handle an increased number of potential claims because they are no longer being filtered? Experience also suggests that any respite for defendants will be short lived with more effective, efficient and commercially focused claimant law firms emerging that will bring cases more successfully on behalf of their clients.

And what about the successful claimants themselves? Currently they are receiving the compensation they deserve, after due process, in full. But, in the future, if the rumours are to be believed, they will have to pay for their after-the-event insurance cover to protect against the considerable cost of experts reports. In other words, they’ve proved their case but they will have to receive less money so that the required savings can be delivered. Try explaining the fairness of that to a claimant.