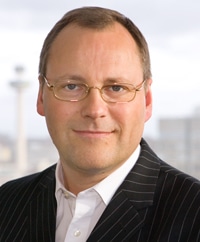 “Fan the sinking flame of hilarity with the wing of friendship; and pass the rosy wine” – Mr Swiveller, The Old Curiosity Shop

With all that’s been going on in the legal sector this year, it would be easy to conclude that our profession is doomed and that the value of what we’ve spent our working lives creating is evaporating faster than mulled wine at a Christmas market. And that in true festive tradition, we are witnessing the killing of the goose that laid one of the golden eggs of British economy – a legal system much envied and much copied throughout the world.

Whatever your view on this, the question is whether this apparent hiatus is having a significant impact on the value of our law firms or whether it’s just part of the rough and tumble of business life which the market has long since factored in.

From what we are seeing, investors remain cautious about investing in law firms and are having to be more creative about the way they structure deals and conduct due diligence. None of this is surprising, given the number and scale of law firm failures in recent times. Charles Tyrwhitt’s sales have bounced on the back of investment directors who’ve lost their shirt in the legal sector this year. That’s capitalism for you.

Against this backdrop, now might be a good time to do some DIY research on your own firm. To help, we’ve devised a party game that you can play with any young kids joining you on Christmas Day – once they’ve wolfed the turkey, insulted Aunty Enid’s reindeer jumper and argued over whose new gadget is the coolest.

The party game is called: ‘How much is my law firm worth?’ The rules have been drawn from the wider corporate finance world. Start by giving each of the kids a sheet of paper and some coloured crayons and sit them cross-legged by the fire. Keep them off the fizzy drinks because they need to be paying attention. Oh, and get yourself a large balloon of brandy – you’ll be needing it.

Now, in your best Mr/Mrs Fezziwig voice, ask them to follow these simple instructions:

Step 1
Explain to them that the value of a law firm is the price a willing buyer is prepared to pay a willing seller for the business. Most of the kids shouldn’t have too much trouble grasping this concept, as even a four-year-old knows how eBay works. Tell them that this value (or price) is represented by the letter ’X’ and ask them to write a great big ‘X’ on their piece of paper in their favourite coloured crayon. It’s a treasure hunt you see. Any kid who finds ‘X’ gets a mince pie.

Step 2
Next, ask them to write down four figures, being your last four full financial years’ net profit before interest (if you’re old enough to remember this concept) and tax. They will then need to add another figure, being your best guess at the equivalent for your current financial year. You’ll have to provide these figures to them of course – unless the kids are called Penn and Teller.

Step 3
At this point, you can explain to the open-mouthed little darlings that these figures represent your EBIT. Some say EBIT stands for earnings before interest and tax but it’s really a cross between eBay and Bitcoin with a bit of Harry Potter thrown in.

Step 4
The kids can now get creative with their crayons as you ask them to make various adjustments to each EBIT figure. A key adjustment is to add back the difference between what the equity owners earn in terms of profit share and what a buyer could reasonably pay someone else to do their jobs. By now you will have drunk half the brandy, but try to save some for the finale. There are other adjustments you could ask them to make but if you get too deeply into the concepts of depreciation and amortisation, receivable and WIP verification, working cap and contingent risk analysis and key-person dependency, your audience may start fidgeting and you’ll be in danger of missing the Queen’s Christmas Message.

Step 5
If the five adjusted EBIT figures look broadly similar and you feel they reflect your true trading pattern, simply ask the kids to use their smartphone calculator to add up the five figures and then divide the total by five to establish a five-year average adjusted EBIT. If there has been a steady increase in your adjusted EBIT figures over the five years and you believe this is likely to be sustainable going forward, they can apply a weighting to the more recent years – for example, by doubling the last two figures and dividing by seven.

All but the brightest kids will switch off at this point but try to hold their attention by telling them there is only one more step before they have found ‘X’ and, more importantly, the treasure. This is not cynical trickery, you understand – you just need to employ the same human psychology you use in partners’ meetings.

Step 6
To find ‘X’ (in truth a somewhat ballpark estimate of ‘X’), all the kids now have to do is multiply the resulting five-year adjusted and weighted average EBIT figure by a price earnings multiplier. “But what price earnings multiplier should we apply to your particular law firm?” one of them will ask. Resist the temptation to snap “Gove knows! Go and ask Santa!” as they are only children and this is actually the hardest bit.

Price earnings multipliers are governed by a wide range of factors such as economic conditions, the special characteristics of your firm and market trends in multipliers being applied to similar sectors. The majority of businesses in the service sector sell for between 1.5 and four times their adjusted and weighted average EBIT.