Check your retainers – the lessons of Dreamvar

Guest post by Jerome O’Sullivan, the partner at London law firm Healys who acted for Dreamvar 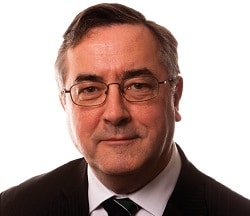 Solicitors, and their insurers, dealing with property transactions should look closely at their due diligence procedures following last week’s landmark ruling on liabilities from the Court of Appeal. It is clearly good news for buyers who are victims of identity fraud.

Dreamvar, a London property developer, had instructed Mishcon in the purchase of a £1.1m mews house. The purported seller instructed Mary Monson Solicitors, a firm based in Manchester.

Neither Mishcon nor Mary Monson ever met the vendor, who took fake identity documents to a third firm of solicitors in London for certification on behalf of Mary Monson. The sale subsequently exchanged and completed on the same day, with the entire purchase funds sent to an account in China.

When it came to registering the sale, however, the Land Registry noticed inconsistencies in the documentation. It emerged that the vendor, who has since vanished along with the money, was a fraudster who had impersonated the real owner of the property.

However, he compared the catastrophic effect of the fraud upon the uninsured Dreamvar, against the fact that Mishcon de Reya was a large and insured City law firm to determine what was fair. He therefore decided that Mishcon de Reya ought not fairly to be excused for breach of trust and found in Dreamvar’s favour.

Dreamvar was awarded the sum lost, approximately £1.08m, together with interest at the significant rate of 4.5% per annum from the date that the monies were stolen.

The judge held that Mary Monson was not liable to either Dreamvar or Mishcon de Reya for breach of trust or breach of undertaking.

The firm was entitled to release Dreamvar’s monies in exchange for forged documents because the undertaking it gave under the Law Society’s code for completion by post was to provide a transfer form executed by their client, not the registered owner. Consequently, Mary Monson was not in breach of its undertaking to Mishcon de Reya or Dreamvar.

The judge also found that the implied warranty that Mary Monson had given to Dreamvar was that it had the authority of a client, not necessarily that of the real owner of the property.

If this ruling had been upheld on appeal, it would have meant that, even if a seller’s solicitor was grossly negligent, they would still have no liability to the defrauded purchaser. In contrast, the purchaser’s solicitor would likely be held solely liable for breach of trust, even if they had not been negligent.

The Court of Appeal has broadly rejected those arguments, however, overturning the bulk of the trial judge’s findings.

This means that Mishcon de Reya can now seek a contribution from Mary Monson in relation to both the breach of trust and the breach of undertaking.

The ruling makes it clear that if the vendor’s solicitor does not carry out such checks at all, or carries them out negligently, it faces potential liabilities to the purchaser.

The ruling is likely to lead to increased professional indemnity insurance premiums for solicitors engaged in property transactions. They should review the terms and conditions of their retainers in light of this ruling.