Be careful you do not leave anything behind: will we see the end of chambers? 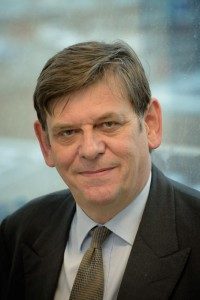 I cannot remember when I first travelled on a train, but really from a very early age I picked up that the general idea was to take your luggage with you when you got off. Having accomplished this not particularly difficult task for many years, I am a little surprised that someone thinks I need to be reminded of the same over the Tannoy as the train approaches the station. I do still take my luggage with me and, in a similar vein, avoid the platform edge.

In a metaphorical sense, the term ‘baggage’ is generally used in a negative way to connote something unnecessary, outmoded and inhibitory. From a personal perspective, I found that the ethos of a traditional chambers was baggage in this sense.

The impression of baggage was enhanced by a perception of denial of the extent of change which will inevitably follow from digitisation and de-regulation. By moving to being a sole practitioner supported by Complete Counsel, which is a digitally based and very flexible model, I feel I have left the baggage behind.

The different ways of working which will develop is understandably the subject of much speculation. It is to my mind surprising that much of the discussions such as the Deloitte paper on law firms in 2020, presupposes that legal services will still be provided by entities recognisable in the current day, in particular law firms.

Experience of practice by digital support suggests that working practices will become much more informal and spontaneous, not requiring support by specific entities or even contractual arrangements. This is likely to be particularly true of the Bar, which is or should be a profession focusing on individuals. The future of the Bar is more likely to resemble a library as seen in Scotland and Ireland – albeit an electronic library – rather than the traditional chambers structure.

However, it is important not to leave anything behind, as we are reminded by the Tannoy. Whilst it is easy to see chambers as outdated businesses with unnecessary expenditure on buildings and support, such organisations do perform important functions through the chambers’ tradition, in terms of mentoring, development of younger lawyers and maintaining professional standards.

There is a clear risk that individuals operating on their own account would not be able to achieve the same level of professional support and maintenance of standards as chambers can do on a collective basis. Against this background, it might be argued that individuals who have profited from the chambers’ system are not repaying their debt to it when they come to practise as individuals.

This is a clear risk, but as with any risk, the important initial consideration is to be aware of it and take cognisance of it. There are a number of means by which this risk can be minimised or indeed avoided.

Whilst English barristers often consider that the library system must operate in a way resembling chaos, the reality is that order is achieved through informal working practices and arrangements.

Mentoring and professional development will follow from such working arrangements as a necessary feature of the same. Every barrister will need to return a brief from time to time and it is important that this brief goes to the right home, which involves more than just identifying an individual.

More importantly, digital ways of working are likely to reinforce, if not reinvent, the concept of the calling or profession. The digital age may in many ways resemble the pre-industrial period with its emphasis on individuals. The professions emerged and then developed so that standards could be maintained.

Ultimately, it may be utopian to think of a profession of robust individual barristers uncorrupted by corporatism, but still maintaining professional standards. Embracing the opportunities of change whilst still understanding the value of tradition will provide the best opportunity.