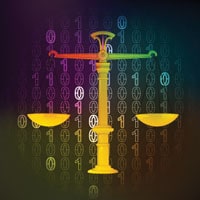 Can you predict your legal future?

Futurology – the science of predicting the future – is exciting. But peering ahead is a risky business. The futurologist puts his neck on the line and reputations can be lost on what seems like a dead cert prediction.

Failing to sign the Beatles, or dismissing Twitter as a fad, were obviously monumental misjudgements. But predicting that the role of IT in the legal world would some day transform the practice of law was not a huge stretch well over a decade ago – or that there would be a huge disparity between the early and late adopters.

When I edited the ‘Infotech’ pages of the Law Society’s Gazette in the late 1990s, some law firms had yet to be convinced they should have a website. But around that time, pioneering solicitors were already experimenting with innovations like online wills and video conferencing.

In those days, software was often viewed more like a new photocopier, which might make the back office run more smoothly, than something which might one day render much of the work of lawyers obsolete. But now the question seems to be not ‘whether’ IT – driven by economic conditions and changed attitudes among consumers and policymakers – will disrupt the process of traditional lawyering, but simply ‘when?’.

Professor Richard Susskind, in Tomorrow’s Lawyers, published last year, predicted it will be underway in not much more than five years from now: “It is not that computer systems will replace all legal work by, say, 2020. Of course not. But around that time and from then on it will become commonplace across the legal profession for all substantial and successful legal businesses to be converting their business processes from human handcrafting to ever more sophisticated and intelligent IT-based production… A legal world will emerge that is manifestly different from today’s.”

Professor Susskind predicts that future legal roles might encompass traditional-style expert trusted advisers for complex or high-value work, a limited number of assistants to the trusted advisor, the “legal knowledge engineer” and “legal technologist” – lawyers behind the computers – and the multi-disciplinary “legal hybrid”.

Where all this leaves lawyers who are currently associates in the early or middle stages of their legal careers, who by accident of birth are likely to straddle both traditional and future ways of working, is unclear. But, understandably, they may be jumpy about their existing prospects.

Partnership, even if it is still a possibility, is not necessarily the glittering prize it once was. Senior figures in law firms, with retirement in sight, cannot always be trusted to do what is best for younger lawyers in the firm.

Canadian futurologist Jordan Furlong – who is speaking at the upcoming Legal Futures Annual Conference [2] – recently suggested that a middle way [3] is emerging between the former binary choice of either setting up your own firm or joining an existing one. It might be a route taken by those forced involuntarily to be entrepreneurial, or by those free spirits who would otherwise have founded their own firm, but have been reluctant to throw everything they have at the venture.

While lawyers may continue to have a general aversion to innovation risk (observed last year [4]by Axiom founder, Mark Harris), the proliferation of alternatives to traditional law firms – virtual, dispersed or chambers-based firms – and businesses that offer outsourced or embedded lawyer services – such as Lawyers on Demand [5], Eversheds Agile, Halebury, Obelisk [6] and, for barristers, Red Bar [7] – mean that lower-risk options are available to the lawyer willing to embrace ‘agile working’, the term used by Mr Furlong and others to describe the new world of work [8].

These UK-based alternative providers have been mirrored by ‘new model’ businesses in north America, observes Mr Furlong. In Canada there is Cognition LLP, a dispersed firm, and a more recent arrival, Conduit Law, a no-frills firm which – among other innovations – sends clients invoices with a ‘client value adjustment line’ that allows them to adjust their bills according to the perceived value of service delivered. In the US there is the low-overheads Potomac Law, which describes itself as “a modern twist on the traditional law firm”.

It is not just lawyers already on the law firm career ladder who might be tempted by one of the ‘new model’ firms. There are those for whom the ladder has already come to an abrupt end, confronting them with stark choices. Mr Furlong himself was a trainee lawyer at a large Canadian law firm, at the end of which he was not invited to return as an associate.

Equally, at the other end of the spectrum, partners in large firms might be attracted to join, say, a chambers model of practice, and ditch the risk of a joint and several liability call in the twilight years of their legal career.

Being strategic now will pay dividends later, says Mr Furlong, who anticipates that emerging markets ripe for exploitation might include “risk management, legal health plans, and preventive law”. Having reached the stage where you are ready to act, you will then need to plan carefully what your “market value proposition” is, and build up your know-how if it is lacking.

At the next stage, when you “launch” yourself in the marketplace, you should quickly “aim to be head-turningly great at something highly useful”. You will need to use social media and the like to actively push yourself ‘out there’, while keeping your business overheads lean, he advises.

At this point, you are effectively an entrepreneur, attempting to dominate whatever niche you have carved out for yourself, or consolidate your position. In an ideal world, you will have a constant stream of high-quality work, hours and remuneration that suit the lifestyle you have chosen, and little of the risk carried by contemporaries who remain in the ‘old model’ legal profession.

If you speak to a successful entrepreneur, they will invariably tell you that striking out on their own was the best thing they ever did. The unsuccessful ones probably won’t say much about it at all.

The Legal Futures Annual Conference – Era of the Entrepreneur is on 18 November in London. Click here [2] for details.