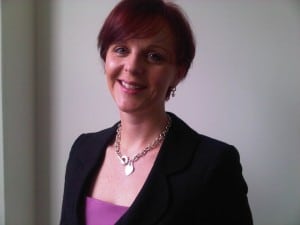 Hamilton-Bruce: lawyers need to shape the debate and the future of their businesses

Whatever walk of legal life we come from, are we really going to sit back and take the continued abuse dished out against this profession? Are we really all so apathetic that we will simply sigh and say “oh well” when transport minister Mike Penning MP throws ‘ambulance chasers’ insults at us?

Despite the evidence to the contrary, there appears to be a concerted effort by the government, insurers and the media to continue to fuel the ‘perception culture’ by hurling inflammatory insults in the hope that if enough mud is thrown, some of it will stick.

Weekly media headlines designed to titillate or provoke response churn out cheap shots and generate offensive and unfounded comments from those who have allowed themselves to be convinced that the world is in moral decline because of a non-existent cultural problem.

Well-placed and provocative editorials prompt clichéd responses and I know I am not alone in my concern that these are being used to distort the facts for political point scoring. Nobody engaged in the debate is a disinterested party; all have something to lose or gain.

It’s a fact of life that people will hold opinions about the claim process, but do the public en masse understand what the end of the current funding regime would mean to them if they or one of their family were injured? Faced with the reality of injury through no fault of their own, would they genuinely want to displace lawyers or take the risk on the representation they receive?

Even for those prudent enough and able to afford investment in critical illness or accident insurance, they are often only able to secure a short-term income for their family. But injury often goes far beyond the need to replace an income. Death and injury tear families apart. What are often represented as mediocre injuries can have significant impact and what may be relatively small amounts of compensation to some can make the difference between paying the bills and not. For those who sit in judgment of the process and want to offer up change (and I won’t stoop to making sweeping generalisations or throwing insults), it is important to walk in the shoes of the claimant. We are not all equal and the playing field will never be level.

To provide the representation for clients and to safeguard it for the future, we have to stand up and be unafraid of stating that as well as holding ‘professional’ status, lawyers are business people too. Lawyers are in the business of supplying a service to customers, but they should not be expected to act as charities. Lawyers employ staff, pay taxes and importantly they put something back into the community.

What is described as ‘fat’ in legal costs may not simply be used for case acquisition, marketing fees or a down payment on a shiny new Ferrari; it may be what is supporting marginal areas, shoring up areas of the business that provide a service to the client with little or low return. It may be what allows individuals and firms to contribute robustly to pro bono work or cover the ever-increasing time spent on non-fee earning work such as regulatory compliance, employment law or day-to-day management.

Our industry is segmented and many have differing views but collectively we all want to ensure the continuity of access to justice for claimants injured due to the negligence of others. That is their right. The drive to make claimants and their lawyers feel a sense of social guilt for pursuing legal rights is unacceptable.

For my part I do not know a single lawyer who is not passionate about the representation they provide to clients and the work that is done day after day to further the rights of injured parties. Some make good livings in the process and some do not. Some are worn down by the relentless change and the ever-reducing incomes they are able to generate for the future of their business and face difficult decisions ahead. But not a single lawyer I know or encountered along the way deserves the clichéd label handed out by people who simply should know better.

Despite the high level of activity in the civil justice arena, many lawyers and law firms I speak with do not appear to fully appreciate the potential impact of the government’s drive to legislate over perception rather than fact. If you are not already engaged or are marginal on the government’s consultation on civil justice funding and costs, because the daily grind of working at the coal-face is preventing you from taking part, I would urge you to commit a relatively small amount of time to take part today.

That relatively small time commitment now could help shape the debate and your business in the future. You have until 14 February 2011 to be part of the debate.

The Access to Justice Action Group is running in addition to the good work being done by membership organisations. The campaign needs the input of the many excellent lawyers up and down the country whose clients and livelihoods are threatened by the proposals under consideration. Exercise control over your future by alerting your local MP to the impact of the proposed changes, sign the petition and join the e-mail campaign here.

Please don’t leave active involvement until a decision is made for you and your future clients. The ‘pebble in the water’ effect of proposals going through unchallenged will affect many – defendant lawyers and insurance company employees included.