Building success on the back of failure 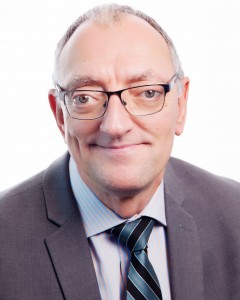 Ruse: culture of learning from mistakes and prevention

I recently read a very interesting article comparing how aviation and healthcare respond to and learn from mistakes. This is very relevant to the NHS, and might lead them to understand how they should investigate mistakes in the future.

Entitled ‘How to fail (successfully)’, the article was by Matthew Syed in The Times Magazine and was an extract from his book Black Box Thinking.

Matthew related his own sporting career, charting the highs of success and the lows of failure, and the ability of top sports people to learn from mistakes.

He contrasts this with two of the most important safety critical industries: aviation and healthcare.

As the government is about to consult on fixed recoverable costs and the removal of recoverable after-the-event insurance premiums for medical negligence claims arising from mistakes in medical treatment, my interest was heightened.

Matthew referenced that 34,000 people are killed per year in the UK healthcare system due to human error (according to a National Audit Office report in 2005). The overall number of incidents was recorded at 974,000. Some 400,000 people in America die from ‘preventable medical error’ each year.

The key word here is ‘preventable’. As Matthew said, these mistakes do not need to happen but unfortunately they do.

Contrast this with how failure is investigated in the airline industry: painstaking, detailed investigation into the causes, actions, context and learnings, which are ruthlessly applied to further improve the safety of air travel. The results are apparent in that air travel is the safest form of travel. The paradox is that success is built on failure – it is hard earned.

Matthew went on to say that in healthcare, mistakes are seen as “embarrassing and stigmatising”. In such a culture, learning from mistakes is challenging. This is where it gets really interesting because Matthew said this was not because of a fear of litigation – in fact “medical negligence claims go down when doctors are open with patients”. Apparently Virginia Mason hospital in Seattle saw error rates plummet when it adopted an aviation-style culture around incident reporting.

Then we have the front page of the Daily Mail last week, with the headline ‘Wall of silence that shames the NHS’.

This references a report by Dame Julie Mellor in her role as Parliamentary & Health Service Ombudsman, highlighting that grieving families face a wall of silence when they complain about NHS blunders: “They are fobbed off with impenetrable reports that absolve the NHS of blame and are often written by the medics at fault.”

She said internal probes were not “consistent, reliable or transparent… the medics leading the review were not independent of the events complained about”.

We then had the findings of a report into Southern NHS Trust, which said the trust failed to properly investigate the deaths of more than 1,000 patients with learning disabilities or mental health problems over four years.

Whilst aviation is exceptional in how it learns from failure and the culture of openness around mistakes, other industries aside from healthcare, are also subject to scrupulous post-accident, independent investigation to find the root cause of a problem and learn from it. Whether that is driven by the Health & Safety Executive or insurers, a change in process, re-training, re-engineering and design will follow.

It is interesting then that, rather than work on a culture of openness, admitting mistakes and learning from them, we can anticipate fixed recoverable costs and loss of ATE premium recoverability to dampen down claims for medical negligence and deny redress for claimants.

If the NHS focused on a culture of learning from mistakes and prevention, not only would this greatly improve patient protection and save many millions in litigation, but also challenges to our legal system might not be necessary.

These articles should be compulsory reading for health secretary Jeremy Hunt, as he seeks to operate within his budget.