“Building a growing army of enemies” 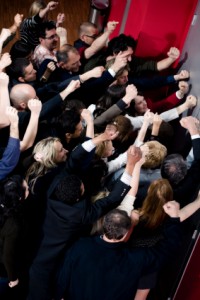 The Inner Temple’s seminar on the future of legal education provided a stimulating finish to last week.

It was the first such discussion since the announcement of the review of education and training being conducted jointly by the Solicitors Regulation Authority, Bar Standards Board (BSB) and ILEX Professional Standards, under the beady eye of the Legal Services Board.

These were some of the key areas of debate

The oversupply of students

“Lawyers are a good thing,” said last year’s Bar Council chairman Nick Green, “but you can have too much of a good thing.”

The issue of too many students and not enough pupillages (and training contracts) was a recurring theme. If there is a crisis in barrister education, said BSB chairman Baroness Deech, it is that “very able young people” who would have secured a pupillage 20, 10 or even five years ago, cannot now do so. This risked building a “growing army of enemies of the profession”, she warned.

There was considerable support for the BSB’s planned introduction of English language and aptitude testing for those applying to join the bar professional training course (BPTC) – “We have a folder of letters from inarticulate law students who shouldn’t be on the course,” Baroness Deech said.

Then there was better information for students about their prospects. Of course, one might expect a would-be lawyer to do their research, but one current student suggested a more personalised interview-style approach, rather than statistics on a website, would help to bring the reality home. The idea that training providers give enough information (at least before the cheque is handed over) was met with plenty of scepticism.

Nick Green also linked the oversupply with the growth of paralegals, a group he predicted will “exert a profound effect upon not only solicitors but also upon the Bar in the next few years” because they help keep costs down.

“With entity regulation and direct access on the near horizon, the Bar will be approached by clients who will ask the Bar to conduct a case on their behalf and, where the Bar cannot or does not wish to itself provide the full litigation support function, nominate solicitors or, where appropriate, paralegals to work with them,” he said.

Mr Green said he could envisage chambers’ ProcureCos and SupplyCos organising their own firms, or even sets of chambers, of paralegals. Equally he foresaw externally owned and/or controlled firms of paralegals developing to provide services to both the Bar and solicitors.

The seminar also heard from Jasvinder Kaur, an employed barrister at solicitors Lyons Davidson, where she leads a team of mainly BPTC students undertaking the kind advocacy for which they do not need rights of audience, such as acting for insurers in the small claims court or in chambers.

Various ideas to reduce the cost of legal training were thrown into the mix, such as the greater use of technology and encouraging more universities to provide sandwich courses embracing both the degree and vocational training. Baroness Deech warned that tuition fees would discourage women lawyers in particular because of the prospect of working, paying childcare and also losing income to repay tuition fees.

Though there is plenty of talk about alternative routes to qualification – such as work-based learning – Dr Andrew Francis from Keele University pointed to research he had done among legal executives and part-time law students that showed how simply providing the route is not enough because such alternatives can be perceived in the profession as inferior.

The never-ending fusion debate is currently focused on whether the Bar and solicitors should amalgamate their training into a single course. Nick Green said: “Students are often ill-equipped to make career choices prior to graduation. If all law graduates undertook a single course and reflected their interests in advocacy, transactional work or other areas, sas the case may be, in their choice of options, then this could defer for 12 months the point in time when the professional paths diverged. Even a 12-month deferral could be very valuable when you are only 20 or 21.”

However, James Wakefield, BPTC director at Kaplan Law School, spoke passionately from the other corner. For him, it was in the interests of justice that training remains separate. “There comes a point in some people’s lives when they need a legal warrior [in court],” he said, arguing that the best way to prepare advocates for this role was very specialist training from the start. Fused training would simply be too general – as it is, he said, “the legal practice course struggles to meet the diverse needs of those who want to become solicitors”.

Guy Beringer, the former senior partner of Allen & Overy and one of the more progressive thinkers in the City on equality issues, came up with a cheeky idea – the “Equal Chance Scheme”. Under this, all law firms and chambers would notify a central organisation of how many work placements they have, which would also hold a register of students interested in such placements. They would then be randomly matched. “This would prove whether people really are interested in broader access,” he said.

Though not present at the seminar, the name of the College of Law’s chief executive was frequently bandied around, and not usually in a complimentary way. It is fair to say that the noble Savage has become something of an Aunt Sally.

Why is this? Perhaps it is continued talk of the size of his salary – an issue raised on Friday by Advocacy Training Council chairman Charles Haddon-Cave QC – or just his bluff, uncompromising style.

The College has gone from strength to strength under his leadership, but its aggressive expansion in various directions means the cost has arguably been diminution of the College’s reputation among some lawyers.