Brexit should mean business as usual 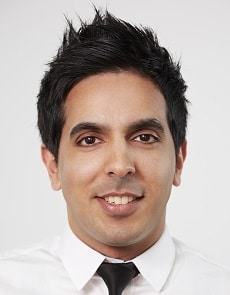 It’s been an eventful few weeks post-Brexit. Up until Theresa May became prime minister, it certainly felt like our country had been rudderless since the vote, with political upheaval following political upheaval. The uncertainty is beginning to subside a little with the new cabinet installed.

It’s understandable that some businesses have been feeling jittery about making major decisions. I know from speaking to some legal journalists that the news pipeline was very quiet in the sector following the immediate aftermath of the result.

It’s likely that the uncertainty will continue with Brexit hovering over the country. But at the same time, the reality is that it has remained business as usual for those of us involved in the legal services market.

A key question, though, is what the complete change of personnel at the Ministry of Justice (MoJ) – under new justice secretary Liz Truss – will mean. There are the law-specific issues such as widening the use of fixed fees against the macro issues of preparing to untangle the UK from EU legislation.

The silence around the proposed personal injury reforms – increasing the small claims limit and ending claims for general damages for soft-tissue injuries – has been deafening, while the proposed consultations on clinical negligence fixed fees (being done by the Department of Health) and after-the-event insurance in clinical negligence (from the MoJ) continue to be expected at any time – but that has been the case for some months now.

It is possible that they will be released over the summer, but with Brexit being the main priority for the government, I doubt we will see anything until autumn at the earliest.

The new PM and justice secretary could even signal a change in direction. Far from being the done deal that some in the insurance industry think, there may well be opportunity to broaden the discussion and re-examine some of the issues behind the consultations.

Other work continues unabated. The Claims Management Regulator continues to meet with interested parties to prepare for changes in the sector, as outlined in the Brady review in March this year. In its recent annual report, the regulator said it expected oversight to move from the MoJ to the Financial Conduct Authority in 2018.

More generally, it’s likely we’re heading into something of a legal grey area. There could be increased work for law firms as the UK untangles itself from those laws that are based on EU legislation. I’m thinking specifically about the Working Time Directive.

While Brexit does not mean withdrawing from the European Convention on Human Rights, there is a high-profile movement within the existing government to replace the 1998 Human Rights Act with a new Bill of Rights.

Regardless of what happens, those of us that have been working in personal injury know a thing or two about change, so this experience will stand us in good stead for providing access to justice whatever comes next.