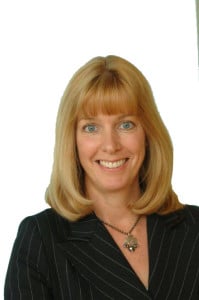 Williams: there is an optimal mix of debt to equity in a business

During recent weeks, there have been conflicting opinions on bank borrowing, particularly as it affects professional firms. One piece of advice, aimed primarily at law firms, expounded the view that firms which did not borrow more while interest rates were so low would be exhibiting behaviour ‘almost bordering on professional negligence’.

By contrast, with comments directed at a broader market, portfolio managers want companies to pay off debt instead of paying large dividends to shareholders.

Faced with such a divergence of views, our professional services group has been analysing the position.

Addressing the second point first, the distribution of profits decreases the net worth of the business while simultaneously exposing it to potential credit-crunch issues and thereby increasing risk.

Returning to the first point, debt offers tax deductibility but is rarely optimal on its own as it brings increasing risk and possible business failure.

So neither approach is inherently risk-free. Yet there is an optimal mix of debt to equity in a business that increases profits from operations and hence value. Put simply, in some situations, debt should be used to finance increased business activity which could potentially deliver higher earnings than without.

If earnings increase by a greater amount than the net cost of debt, then the owners or shareholders benefit. However, it is a question of balance and not creating a toxic mix.

It’s always easier to spend somebody else’s money than your own;

Using debt to, for example, finance acquisitions, develop new service lines or support new CRM/KM projects will depend on the cash flow of the firm and the ability to pay interest and in due course repay the debt; and

Borrowing costs should not exceed a sensible proportion of net margin. An acceptable ratio of debt to equity seems to be in the 0.3 to 0.6 range but is often pushed further in special situations and private equity-backed transactions, where cash flow and the ability to service debt is put under the microscope. Here banks are generally comfortable with a ratio of more than 1 but closer to 1.5 is preferable.

If these market measures are ignored, then the borrowing may prove to be a millstone rather than a buoyancy aid.

In practice, of course, nothing is as simple as it might seem. Firms considering increasing their borrowing while low interest rates persist would do well to review their financial models to determine what is sensible and what is not.