Bitcoin: The new frontier or the next bubble?

Posted by Joe Smith, who is responsible for the UK commercial property sector at Legal Futures Associate Saunderson House 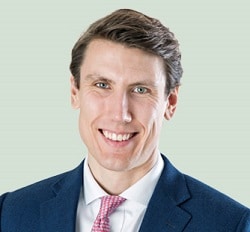 Bitcoin is a cryptocurrency – a digital currency that uses cryptographic techniques to regulate the generation of units and to verify the transfer of funds. It is largely anonymous and unregulated, and underpinned by a digital ledger technology known as blockchain.

In terms of the market, there is a limit of 21m Bitcoin that can ever be created. It is very narrowly held, with an estimated 40% of Bitcoin held by just 1,000 ‘investors’ and only a third having been traded in the last year.

However, there are also a number of synthetic products through which one can gain access to Bitcoin, including contracts for difference, ETFs (exchange-traded funds) and, as of December, exchange-traded futures.

Bitcoin’s original purpose was to serve as a medium of exchange to be used in transactions. Its origin, in 2009, stemmed from its founder’s distrust of the traditional banking system in the wake of the global financial crisis.

The creator(s) sought to take power away from central banks, which they did not trust not to debase traditional fiat currencies. In this way, it was as much an undertaking of political philosophy as of financial engineering, offering the ability to remove oneself from the existing system under the veil of anonymity.

This appealed to libertarians and anarchists as much as it did to computer enthusiasts and speculators.

Since its launch eight years ago, tens of thousands of retailers worldwide have accepted Bitcoin as a means of payment, although its overall usage in commercial transactions remains very small.

Where it has gained significant traction is within the criminal community, particularly on the dark web, where the apparent anonymity it offers appeals to those transacting in illegal goods and services.

However, by far Bitcoin’s most popular use is now as an ‘investment’, with participants buying based on the expectation of price appreciation rather than its real-world commercial utility.

The only other assets in history whose price has inflated in a similar manner were tulip bulbs in the 17th century. As one might expect, Bitcoin’s strong performance has come alongside extremely elevated levels of volatility, as the below shows.

Clearly there have been significant gains to be made by holding Bitcoin. However, the question that investors ought to ask is, ‘Would it be a sensible investment?’

In our view, the answer is unconnected to the asset’s recent performance. For us, the central tenet of investing involves buying assets at a discount to their intrinsic value. We must therefore be able to estimate this intrinsic value, through methods such as discounting cash flows, applying multiples of earnings or conducting sum of the parts calculations.

The challenge is that no such value can be derived for Bitcoin, as it has no income stream (such as dividends or interest) or underlying assets. We also cannot turn to the usual methods of currency valuation such as purchasing power parity or interest rate differentials, as neither is determinable for Bitcoin.

It is therefore impossible to establish an appropriate price, and hence whether we expect it to appreciate or depreciate over time. It is bought solely on the basis that someone else will be willing to pay a higher price for it. In our view, this is a poor reason to risk capital.

Why, then, do so many people seem willing to enter the Bitcoin marketplace? Although the technology may be new, in reality Bitcoin has almost precisely followed the classic mania model, which has been seen numerous times in the past.

In the late 20th century, Hyman Minsky identified five stages of the credit cycle, a checklist that has since been applied to a broad range of boom and bust scenarios. These stages are:

These five stages were seen in the tulip boom, in Japanese real estate in the late 1980s, in the US technology sector following the advent of the internet and the sub-prime lending boom that ended in 2008. In our view, Bitcoin is currently in the midst of a similar cycle – or mania – now.

The concept of Bitcoin and the alternative financial system that it represents has undoubtedly captured the public’s imagination in recent years.

This has been fuelled by the significant appreciation that it has enjoyed. It is quite possible that Bitcoin will play a much greater part in our lives in the future, and extremely likely that the blockchain technology that underpins it will as well.

However, the immediate question we must consider is whether Bitcoin would make a prudent investment at this time. Whilst history may suggest that the recent mania is likely to reverse in the coming years, our response needn’t make speculative predictions about future performance.

For, since we cannot derive an intrinsic value for Bitcoin, it is impossible for us to determine whether we are paying a fair price for it. When investing amounts to little more than guesswork, we are quite happy to sit on the side lines.