Better the ABS devil you know? 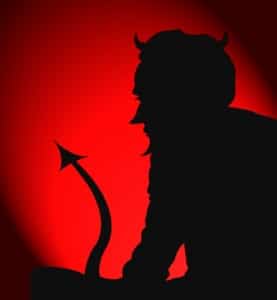 The SRA may not be loved, but there could be worse around the corner

“Better the devil you know” is the phrase I keep hearing on the subject of whether the Law Society council will approve the Solicitors Regulation Authority’s application to become an alternative business structure (ABS) licensing authority.

The upcoming decision is significant for two reasons. First, I understand that this is the last major decision that the council will be able to make about the future direction of the SRA (aside from the annual budget) – it will have no input on outcomes-focused regulation, for example, beyond lobbying the SRA. Second, it is clearly important in and of itself.

As last hurrahs go, this is a big one. In a recent blog, Kat Gibson, the Junior Lawyers Division’s council member, neatly laid out the key arguments for and against:

As I see it, the problem for the Law Society is what happens if it decides not to approve the application. Ms Gibson rightly notes that the LSB will step in to regulate ABSs itself, and I have been reporting the work that is already going on in this regard. This is not out of a megalomaniac desire to control the whole system (at least, I don’t think it is), but because the LSB has a statutory duty to ensure that those who want to become ABSs on 6 October have a licensing authority to which they can apply.

But if this happened, the LSB would find itself in the curious position of being both a direct regulator and the supervisor of any other ABS regulators (and remember that the Legal Services Act envisages ABS regulators competing for business). As a result, quite soon after I suspect people would start questioning the sense of the whole arrangement and whether it would be easier and simpler all round for the LSB to morph into the sole regulator of the legal services market, a legal equivalent of the Financial Services Authority. For many in the profession, and especially those leading it, this is the nightmare scenario.

Those who have tracked these reforms over the past decade will recall that Sir David Clementi had this debate when writing the 2004 report which formed the basis for the Act. He put forward three main structural options for regulation: a legal services authority that would take on regulation in place of the professional bodies (model A); an umbrella Legal Services Board that would oversee the professional bodies in the exercise of their functions (model B); and a variant on model B that would also see the bodies separate their regulatory and representative functions (model B+).

Despite the likes of the Legal Services Commission, Legal Services Ombudsman, Consumers Association (as it then was) and even the Law Society’s Commerce & Industry Group supporting model A, model B+ was the compromise Sir David settled on. It provided for significant reform while also keeping the legal profession on board – to be less cynical, there is a good argument for the professions retaining a stake in the way they are regulated.

What the one-time deputy governor of the Bank of England did not really do, however, is cut a swathe through the so-called regulatory maze that the government had identified in legal services when commissioning his report. Though he consolidated the various bodies that had oversight powers into the LSB, he also introduced a whole set of new organisations and acronyms through requiring separation of functions. A legal services authority would at least finally achieve this.

Such enthusiasm as there was for a legal services authority has dimmed given the FSA’s less than stellar performance during the financial crisis, but does that mean the whole concept is flawed? A legal equivalent would not be overseeing a market of the same size, scale or product diversity.

There are those who believe that in 10 years’ time it is almost inevitable that a legal services authority will have emerged – I’m not that sure, but I do think that the further we get from the Clementi compromise, the messier it looks. Ironically this is particularly because of the ongoing tension between the Law Society and SRA.

So that is the context of the decision the Law Society council has to make later this month. In truth it has been quite some time since a vote of that body has been important. But it is hard to see how members, other than those with some kind of regulatory death wish, can do anything other than back the SRA’s application.

Further digging I’ve done on this issue indicates that one possible outcome of the council meeting may be members pushing back their decision until the April meeting so as to allow the SRA to consider amendments to its application, such as agreeing not to regulate ABSs that are 100% externally owned. As I reported earlier this week, the SRA will not accept such a condition.

Even if it nonetheless goes ahead and approves the unamended application in April, this could be a way for the council to flex its muscles. I’m told that the timetable for having the SRA formally approved as an ABS licensing authority is such that waiting until April to put in the application means the SRA will not be able to start regulating ABSs on 6 October. A delay and a measure of embarrassment for the LSB may be nothing more than a pyrrhic victory (the Council for Licensed Conveyancers should be up and running as an ABS regulator for 6 October, however), but it would be something, I guess.